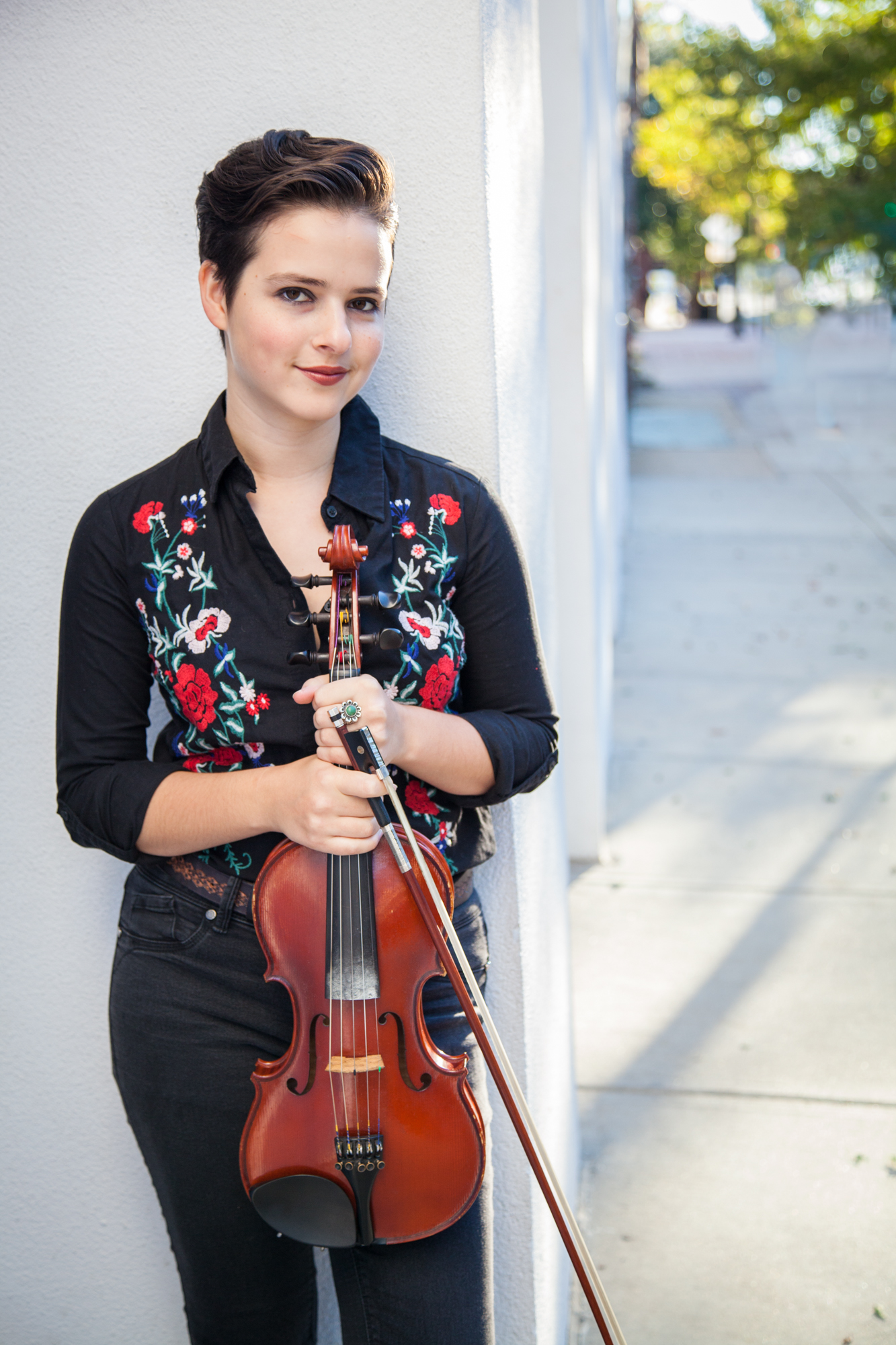 Over the past eight years, Tatiana Hargreaves has been on the forefront of an up and coming generation of old time, bluegrass and new acoustic musicians. Since releasing her first solo album “Started Out To Ramble” in 2009, Tatiana has toured with musicians such as Dave Rawlings, Gillian Welch, Laurie Lewis, Darol Anger, and Bruce Molsky. From placing first at the Clifftop Appalachian Fiddle Contest, to her bluegrass fiddling on Laurie Lewis’ GRAMMY-nominated album The Hazel And Alice Sessions, Hargreaves shows a musical fluency that flows between old time and bluegrass worlds with ease. She currently tours with banjo extraordinaire Allison de Groot and teaches bluegrass fiddle at the University of North Carolina in Chapel Hill.

Tatiana Hargreaves teaches students of all levels and backgrounds: whether they’ve played classical violin since childhood, have never picked up the instrument or already have experience playing traditional music. Hargreaves works with her students on developing musical dialects within their playing, gaining a deeper understanding of what it means to be a fiddler. What makes a particular bow stroke, or ornament sound like a bluegrass solo compared to an old time tune or a classical piece? Hargreaves’ students develop vocabulary on the instrument, learning classic fiddle tunes, songs and improvisational techniques.

Tatiana's teaching draws upon her performing experience as well as her academic background. Combining history with musical technique and stylistic commentary, she engages her students with how their music places them in the greater context of traditional music. She has taught at music camps such as the Rockygrass Academy and the Festival of American Fiddle Tunes and has presented about the history of old-time and bluegrass music at institutions such as Appalachian State University in Boone, North Carolina and El Institute Superior del Arte (ISA) in Havana, Cuba.