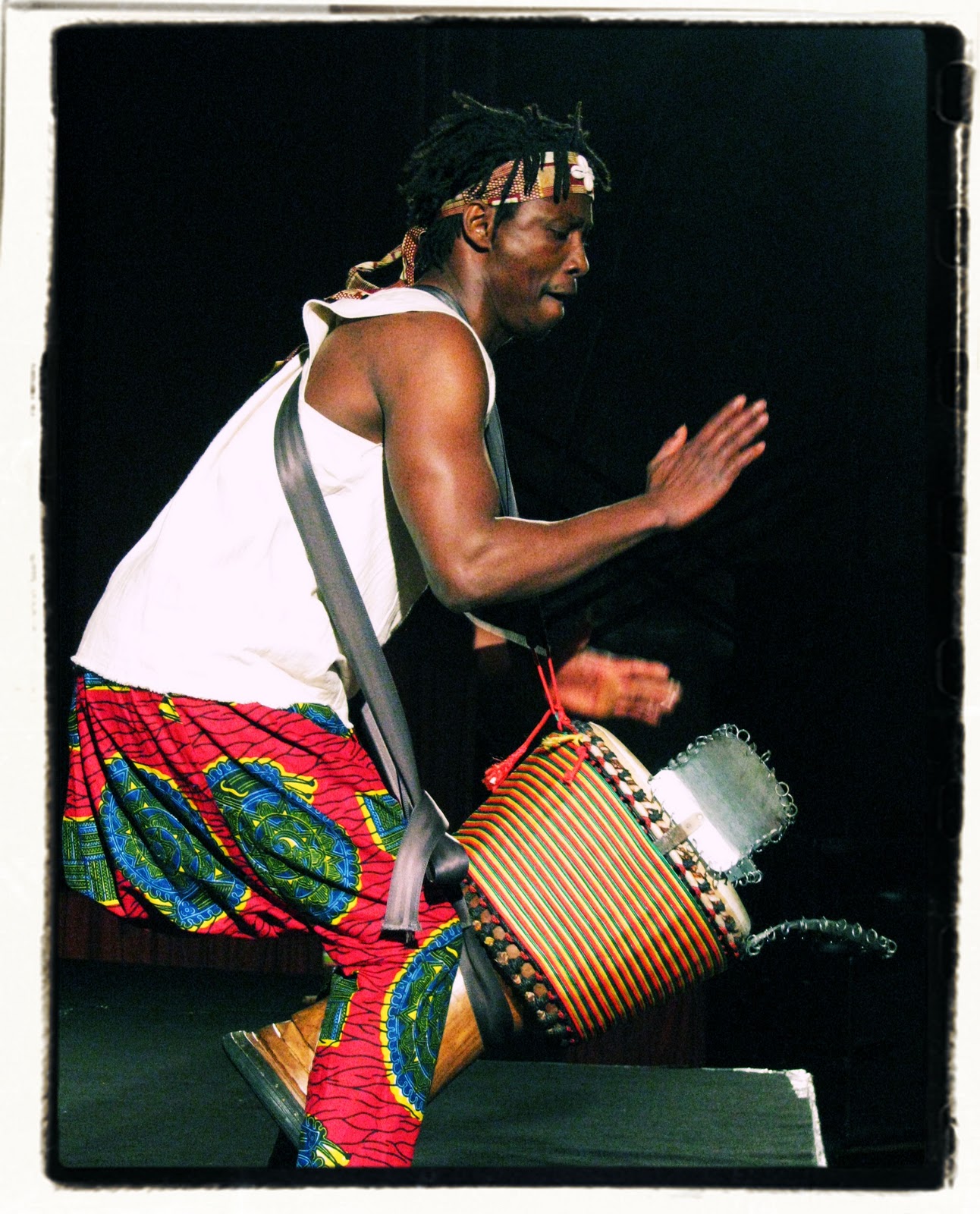 Born in Conakry, Guinea, master drummer and dancer Kerfala Bangoura began his professional career in 1990. He has performed with numerous private ballets in Guinea, including the Macaca Ballet, Kounkoré Bamba Ballet, and Ballet Fareta, where he received his attestation and diploma – a certification of artistic excellence – in both drumming and dance, enabling him to work with the national performing ensembles of Guinea. Named “Master Drummer” by the Guinean Ministry of Culture in 2008, he was a featured djembe soloist for two of Guinea’s national groups, Percussions de Guinée and Les Ballets Africains, for over 8 years. He has also received a professional diploma in dance from Ballet Fareta.

Since his arrival in the United States in the spring of 2009, Kerfala has worked extensively as a performer and educator. He has taught at the University of Rochester, Eastman Community Music School, and the University of Oregon, as well as numerous classes, workshops, and performances at elementary, middle, and high schools in Portland, Oregon and Rochester, New York. With his performing group, Mounafanyi, he opened Portland’s African Film Festival in 2010. He also won a grant from Portland’s Regional Arts and Culture Council (RACC) for a series of summer performances in 2011.

Kerfala Bangoura currently teaches at the University of Rochester, leading a percussion ensemble in the music department, as well as teaching dance classes in the dance department. He is also the artistic director of Mounafanyi Percussion and Dance Ensemble. Rochester’s only PanAfrican performing group, Mounafanyi features musicians and dancers from Guinea, Ghana, the Congo, the Ivory Coast, and the United States. Weaving incredible drumming sequences together with high-energy dance, Mounafanyi creates a spectacular tapestry of movement and sound.

I'm very straight forward and detail oriented. In both dance and drumming instruction I focus on building a strong base and building from there. I teach all levels and have experience in community, schools, University, and professional.

For drum classes you will need djembe or similar.