Preferred method of communication:Email or Phone 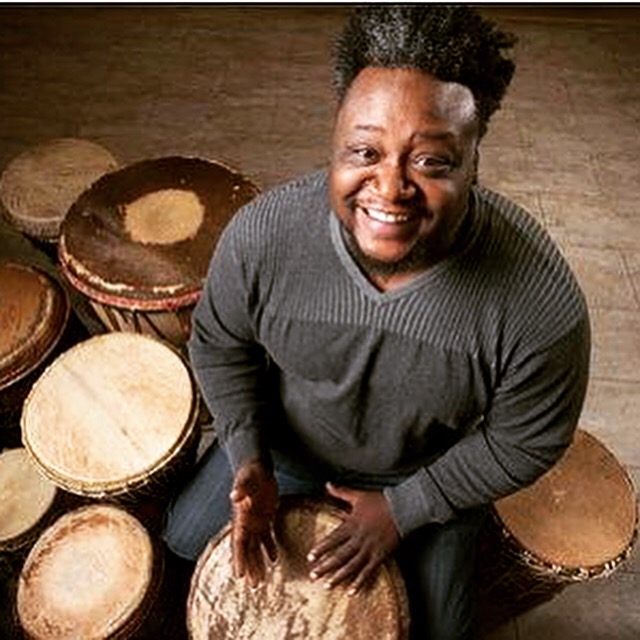 Menes Yahudah is an Artist and Cultural Arts Educator. He is the President and CEO of Urban Foli Djembe Orchestra Performing Arts, Inc. His musical career has span over 40 years; his studies have taken place both in the United States and abroad. Menes is a graduate of Baltimore City College. He received a portion of his training in Traditional Mandingue Technique and Rhythm from Mamady Keita of Tam Tam Mandingue International Academy and received a Maryland Traditions Apprenticeship Award through the Maryland Arts Council for his studies with Baile McKnight. Menes was named one of the 2015 OSI-Baltimore Community Fellows for his cultural arts program and festival called Muze It.

Prior to lock down, I hosted weekly class for my students. Seating at head of class with students facing me. Classes include most often: warm up, break down of rhythm, history of rhythm and polyrhythmic parts.

Would prefer students have drums (we sell and repair drums) but a percussive surface will suffice.