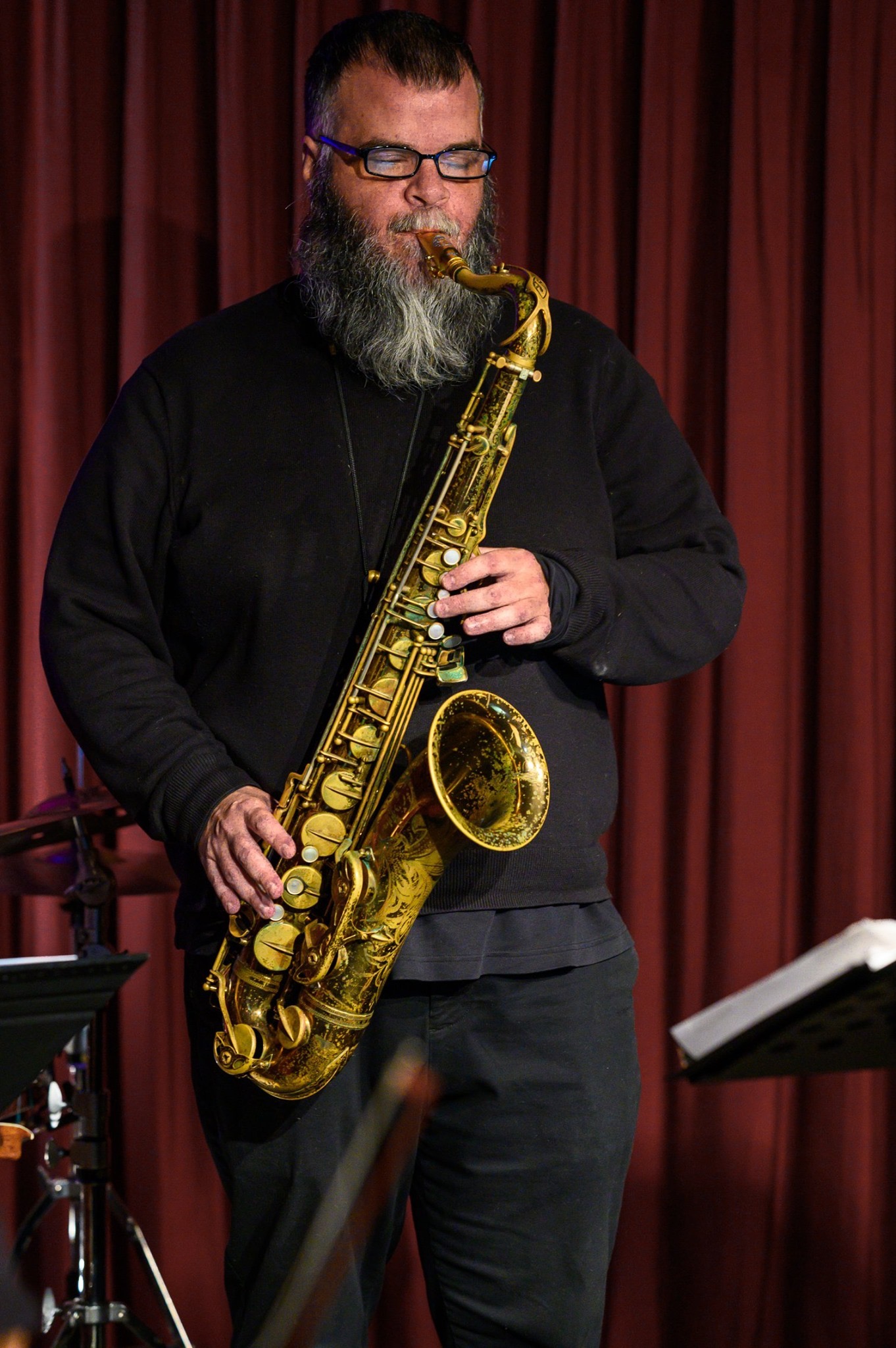 Charles Owens is a master tenor saxophonist, composer, band leader, recording artist, and educator and has been performing, composing, and teaching professionally for over 25 years. After attending the New School and living as a professional musician in New York City from 1992 to 2004, he is currently living in Charlottesville, VA. Charles is an integral part of the vibrant music scene there and in Richmond VA. He also travels back to New York City several times a year to perform at venues such as Smalls, The Django, Fat Cat and others, with his trio. He has made eight albums as a leader and appeared on numerous recordings as a hired soloist. He's performed with such jazz luminaries as Brad Mehldau, Mark Turner, Omer Avital, Kurt Rosenwinkel, Brian Blade, Peter Bernstein, Larry Goldings, Ari Hoenig, Alexander Claffy, Jeff Watts, and Joel Frahm among many others. He has devoted his life to pursuing excellence in music and bringing peace and happiness to his fellow humans with his saxophone playing, performing, and composing.

I teach my students to not only be good instrumentalists but good musicians and humanists. I don't teach anyone to be an amateur or a hobbyist. I always teach under the assumption that the student wants to be the best they can be at all times. I make every effort to relate music to things in life that we already know. I'm flexible and easy to get along with. I focus on, and stay in tune with my student in order to make them feel comfortable and to give them the most value out of our time together. My career as a professional performer improves my teaching as does my teaching improve my performing. I believe one should do both.