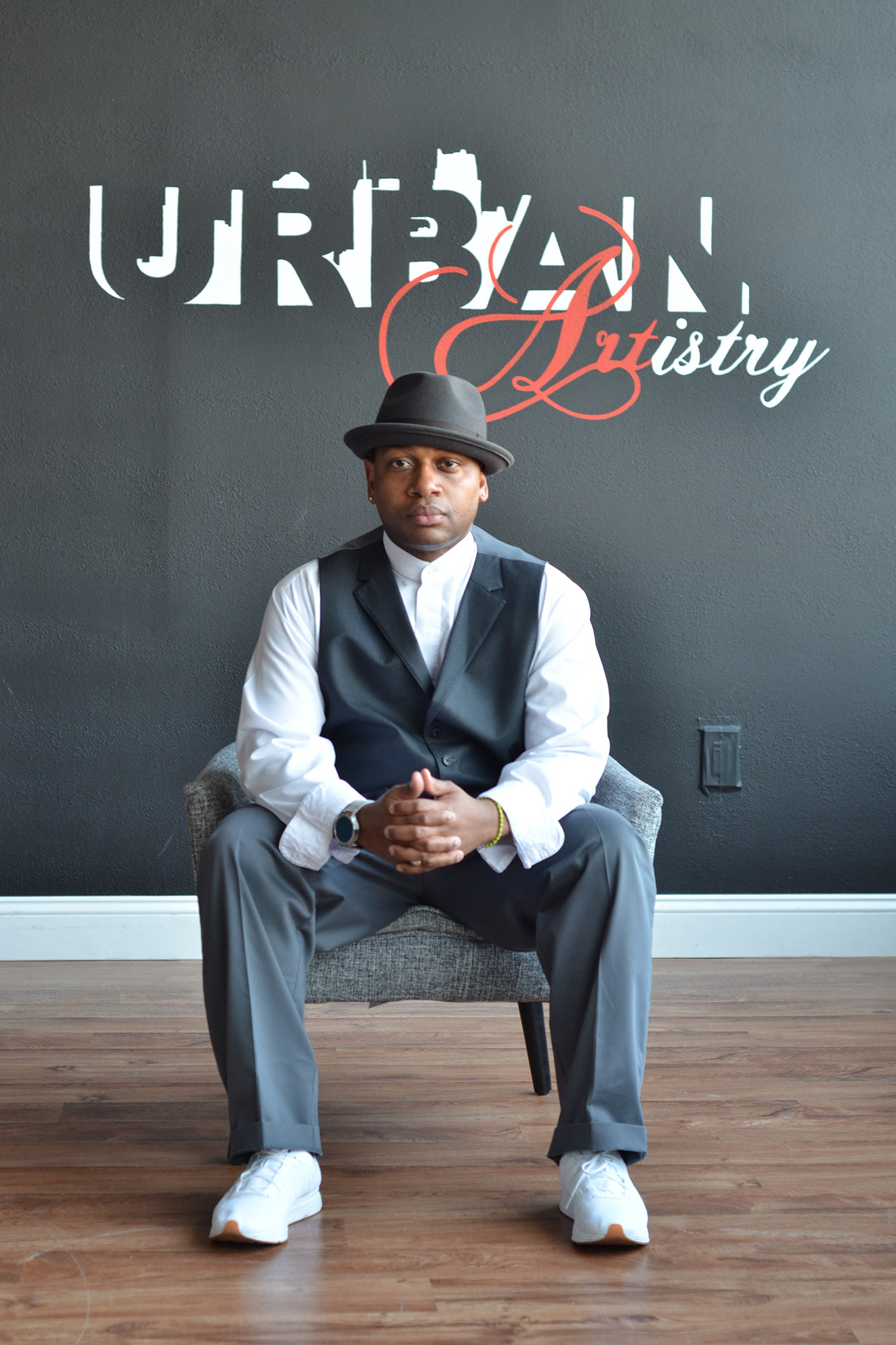 Junious “House” Brickhouse is an internationally established educator, choreographer and cultural preservationist with over 30 years of experience in Urban Dance Culture. Born in Virginia Beach, VA, his dance training began at family gatherings dancing the funk styles of the era. Growing up, he sought out all the learning opportunities available to him, from community centers to parking lots, where young people were teaching each other and building communities around urban dance forms. Early on, he established himself as a leader and mentor in those communities, serving to educate and guide others. At age 18, Junious embarked on an over 21-year career as a Logistics Professional in the U.S. Army and later as a Department of Defense contractor. Throughout his time in various international assignments, Junious developed both a military and dance career, eventually rising to positions of leadership and responsibility in both areas. As the Founding Executive Director of Urban Artistry Inc. (www.urbanartistry.org), Junious has inspired and created a movement of artists dedicated to the preservation of urban dance culture, specifically within communities of practice. As Urban Artistry’s Executive Director, Junious produces projects such as The International Soul Society Festival, The Preservatory and the UA Digital Archives to encourage other artists to research and document tradition bearers and their contributions. As a scholar/practitioner, Junious teaches at colleges and universities, using an experiential approach to teaching, Movement of the African American South, Hip Hop Culture as well as Urban Dance movement and the cultural context from which it evolves.

As the Director of Next Level, an initiative sponsored by the U.S. Department of State Bureau of Educational and Cultural Affairs in association with the Department of Music at the University of North Carolina at Chapel Hill and the Meridian International Center for Cultural Diplomacy, Junious works tirelessly to promote international cultural exchange in underserved communities, conflict transformation and entrepreneurial skill building through Hip Hop music and dance.

A citizen folklorist, Junious also conducts independent research into those cultural traditions whose influence is reflected in urban dance culture. From ring shouts and acoustic county blues to Hip Hop, understanding the nature and meaning of these art forms and their influences, is what motivates this artist.

As an Artist-Educator, I gladly accept the task of helping students feel like collaborators in their own growth.
Together, we will explore the symbiotic relationships between music, movement and community building.

An open space and an open mind.