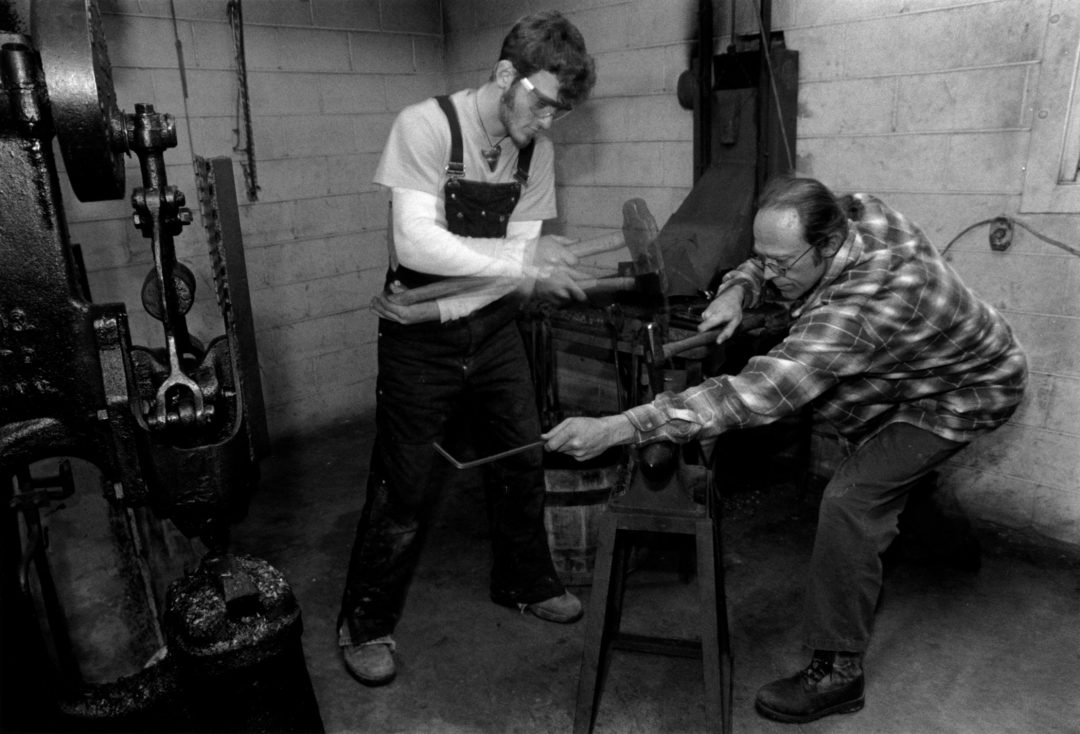 William Rogers uses a coal-fired forge, an anvil, and some time-tested hand tools to perpetuate the centuries-old skill of blacksmithing. Exposed to the craft at an early age, William recalls times growing up on a farm when his grandfather used traditional metal-smithing tools and techniques. William has since made his living educating others about the craft he loves. He has taught extensively in Virginia, Tennessee, and North Carolina, and he even spent a semester instructing in Panama. When touring the state as part of the Virginia Museum of Fine Arts Series, William captivated audiences with his demonstrations. Being selected for this award provided William the opportunity to teach in the master-apprentice style, which he see as ideal. Blacksburg native Amin Ghaderi, anxious to improve his already impressive metalworking skills, served as William’s apprentice.

I see the objects that I make as not so much the goal in itself but as a kind of visual record of the actual act of making it. You know, for a performing artist, like a singer, there’s only a product if somebody records the performance. And it’s the same way for me. It’s live action, and the finished product is just a record of this real genuine thing that happened. And this is particularly the case when it’s two people working together. It’s a dance and a song.
-William Rogers