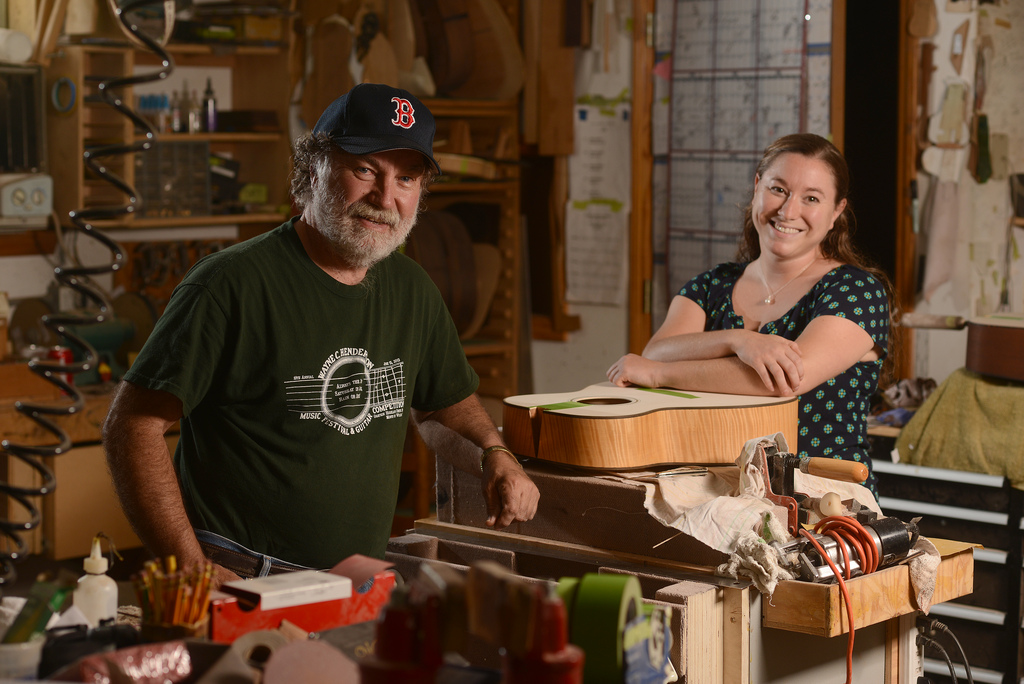 Wayne Henderson was born, raised and still lives in tiny Rugby, Virginia in Grayson County. He built his first guitar using traced patterns and the wood from the bottom of a dresser drawer. More than four hundred guitars later, Henderson is considered one of the most extraordinary instrument makers in the world. He learned much of what he knows from the legendary Albert Hash, an old-time musician and instrument maker who lived a few miles away. In 1995 Wayne received the National Heritage Fellowship, the nation’s greatest honor for those who practice traditional arts. He has performed throughout the United States and the world, taking first place 13 times in the Galax Fiddler’s Convention guitar competition, and is honored annually by friends and neighbors at the Wayne C. Henderson Music Festival and Guitar Competition. Wayne will teach his daughter Jayne the fine art of guitar making. In just a few years working with her father, she has already begun crafting instruments worthy of the Henderson name.