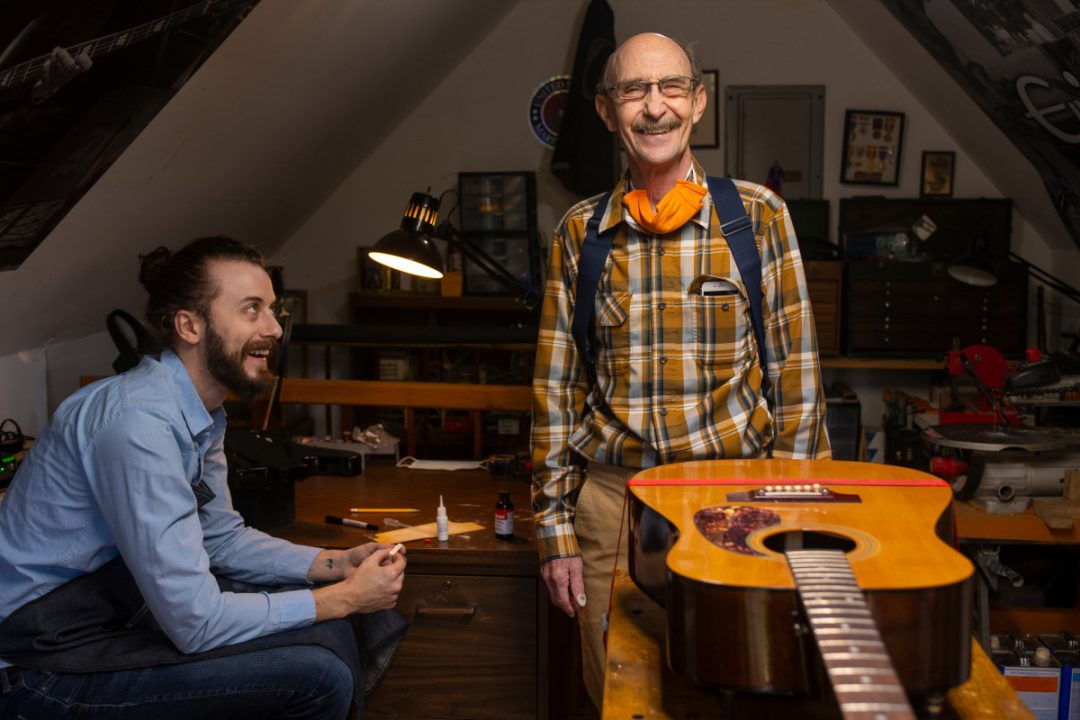 After coming home from the Vietnam War, Walter “Skip” Herman went to California to become a famous folk singer. After meeting some of the big names out there, like Jorma Kaukonen, and performing up and down the west coast he came back to Virginia. “My heart wasn’t in it,” Herman said on the porch of his Abingdon workshop and studio. He followed one of his other great interests and studied engineering. 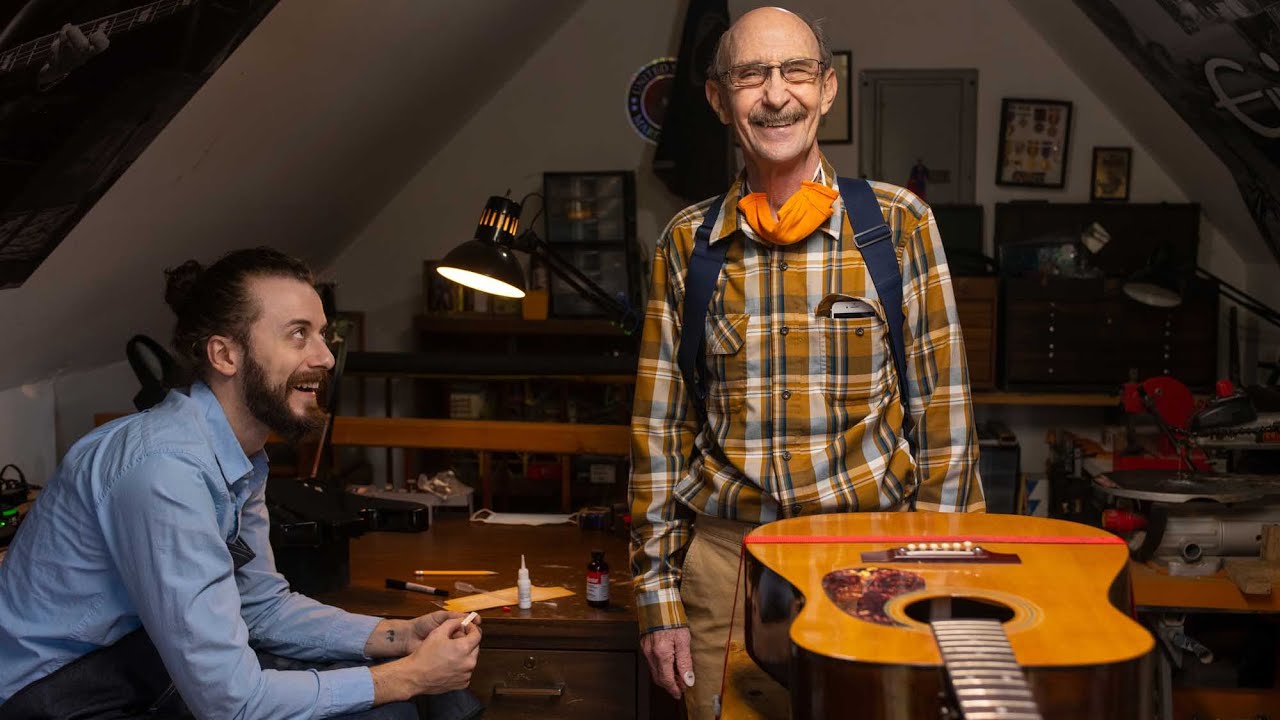 While studying at Virginia Highlands Community College Skip made friends with “Uncle Dave” Sturgill, a luthier in Piney Creek, North Carolina who taught the likes of Wayne C. Henderson how to make guitars. Herman and Uncle Dave became friends during this time, but soon after Herman took a job as a maritime engineer working an odd schedule that kept him out at sea. After sustaining an injury he found himself back in Abingdon with time to focus on his love of music.

Herman’s love of music and his engineering prowess made him one of the best instrument repairmen in the region, and soon he was doing most of the repair work for Front Row Music in Abingdon. He’s known to work on one-of-a-kind handmade instruments made from rare materials that can’t necessarily be replaced. These jewels, as he calls them, need to be maintained and preserved. “Someone has to repair them,” Herman said on the porch of his shop, “that’s the only way to keep them alive. Somewhere down the line someone will come up with a new jewel, but for right now what there is what there is, and we have to keep them alive.” With some of the desirable woods becoming harder and harder to source, this preservation of is more important now than ever.

K.T. Vandyke met Skip Herman at Front Row Music years after Herman stopped working there. Vandyke moved to the area in 2016 after touring heavily doing sound for Michael Cleveland. They became friends and soon Vandyke was working in Herman’s small, backyard shop learning the ropes. Because of Herman’s generosity with his time, Vandyke is now doing the work full-time. “Whenever you’re coming into something new like that there’s always that point where you’re standing at the precipice and you have to leap,” said Vandyke. Vandyke has taken that leap and is apprenticing under Herman in this important field of instrument repair, an indispensable part of the music community.

Herman knows the importance of a support network for musicians in the region. “I felt guilty when I got emphysema, because I spent too many years smoking cigarettes,” said Herman. “I felt like I was letting the community down by being the only guy that did what I did in this area and all of a sudden I’m going to have to be gone and there’s no one to do it. K.T. stepped up and took the reins, and that took a big weight off my shoulders. He, kind of, took that guilt away. He’s enabling me to play more guitar by taking on the responsibility of the work.”