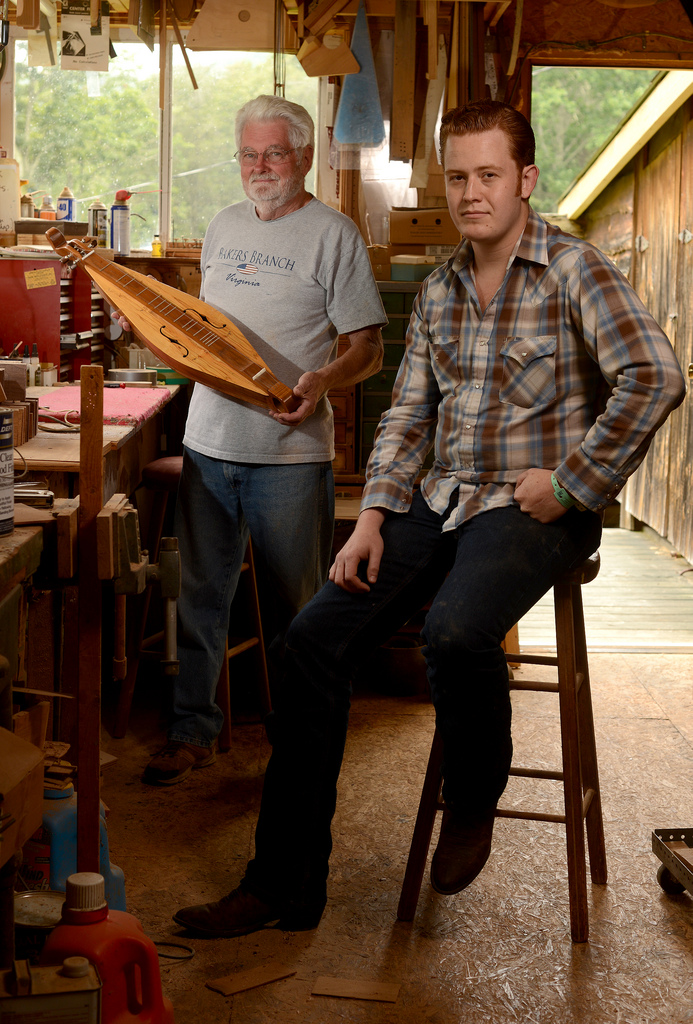 The hills of Grayson County, encompassing the small mountain communities around Mt. Rogers, are a veritable hotbed of luthiers—builders of fretted, stringed instruments. Some of America’s finest guitars, mandolins, fiddles, autoharps, and dulcimers are built in this part of Virginia. The amazing instrument building tradition of this region can be traced largely to one man, the late Albert Hash, a gifted craftsman, fiddler, and generous soul who taught fiddle and guitar making to many of the area’s premiere artists. These include many current or former Master Artists in our Apprenticeship Program, such as Wayne Henderson, Gerald Anderson, Audrey Hash Ham, and now Walter Messick, of Whitetop, Virginia. Walter studied with Albert during his final years, and since has become a true master builder of the mountain dulcimer, also known as the lap or Appalachian dulcimer. Belonging to the family of instruments known as zithers, the mountain dulcimer is believed to have been in existence in Southwest Virginia since the nineteenth century. Walter specializes in the hour-glass shaped dulcimer, modeled after various versions he has studied from the late nineteenth century. His apprentice is the gifted fiddler and promising young luthier Chris Testerman.