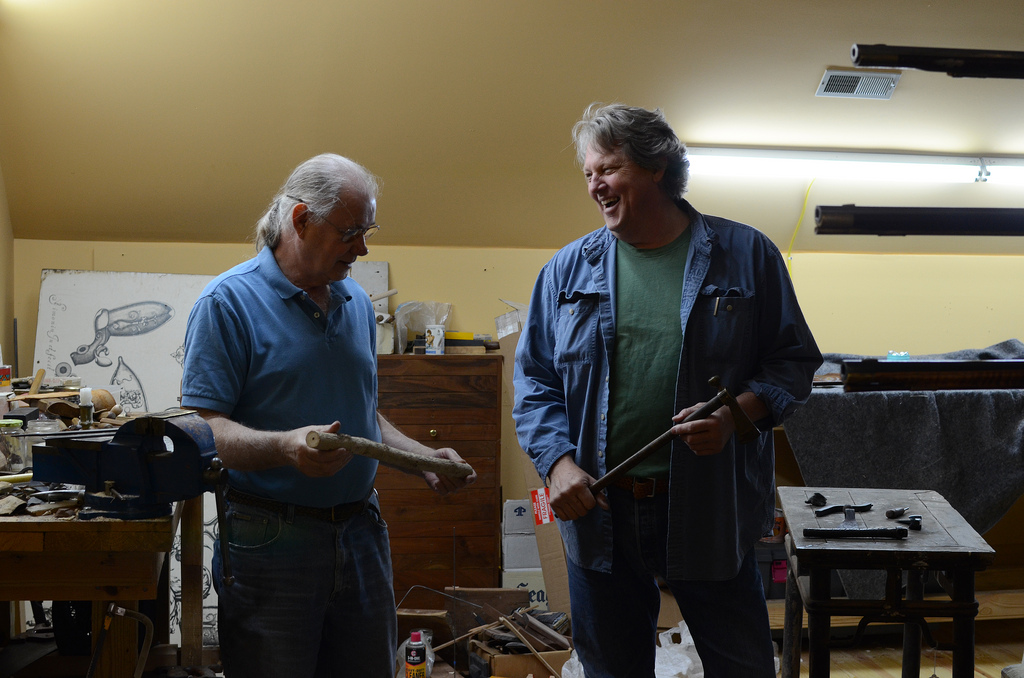 The importation and manufacturing of firearms have been part of Virginia’s history since European settlement. The first documented firearms brought to Virginia in 1607 were muskets equipped with matchlocks, snaphances, or wheel locks. Gunsmithing became an important trade in early America, first with repairs of European built guns, and later with American production. A self-taught gunsmith inspired by a passionate interest in Virginia’s frontier, Wallace Gusler first made a percussion pistol at age 14, when reconstructing a historic firearm held far more fascination than going to school. A decade later Wallace was the first artisan in modern times to recreate all of the processes involved in making an eighteenth-century longrifle, including forging the barrel. He established the Gunsmith Shop at the Colonial Williamsburg Foundation, where he worked as a Master Gunsmith, curator, and in other capacities during his 41-year career. Wallace is a prodigious author of books and articles on the history and craft of gunsmithing, and is viewed by his peers and by collectors as one of the finest craftsmen and scholars of gunsmithing in the nation. Wallace will apprentice Bruce Larson, himself an accomplished gunsmith.