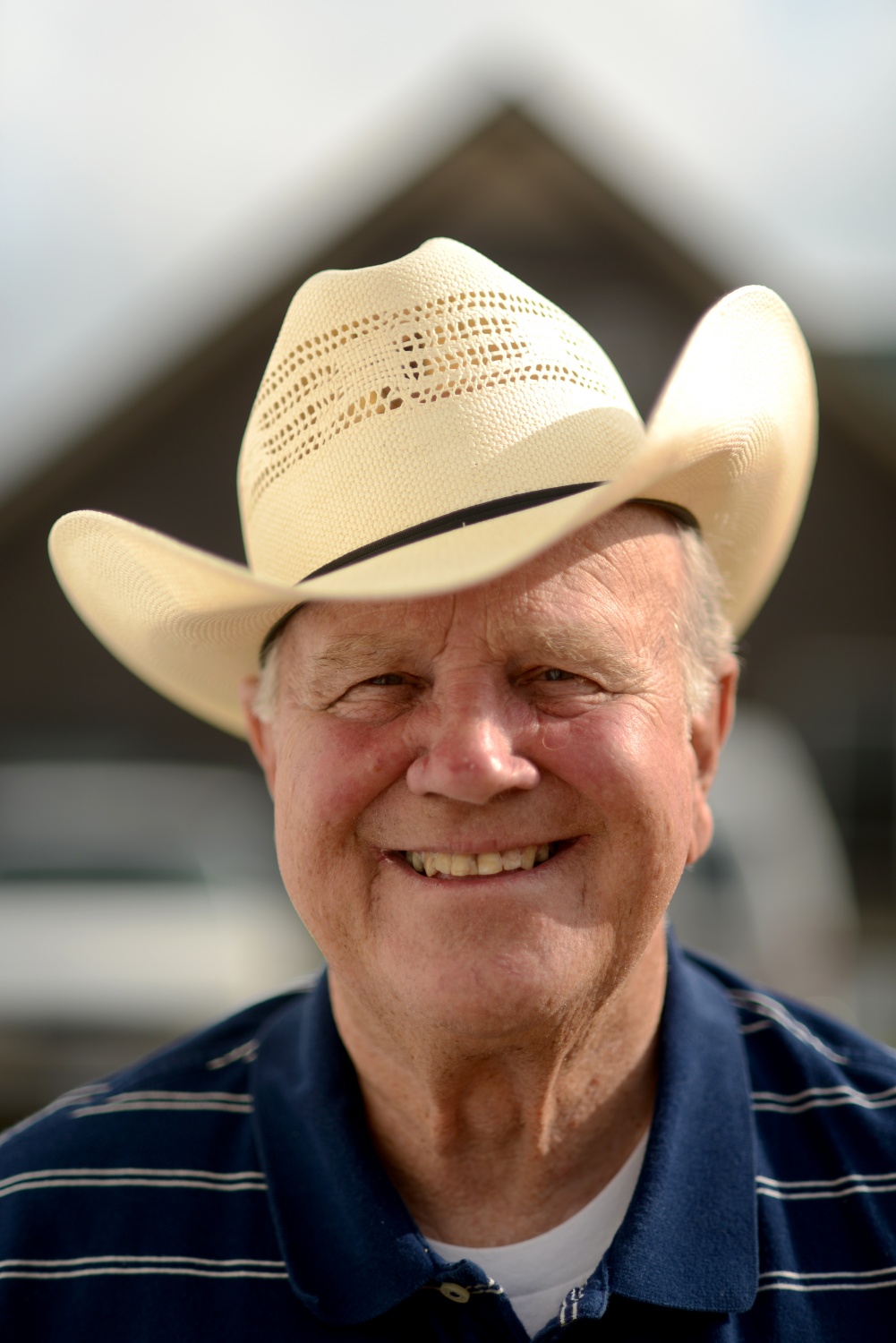 All of us at the Virginia Folklife Program are deeply saddened by the news of the passing of Harold Mitchell: emcee extraordinaire, master storyteller, and keeper of an encyclopedic knowledge of mountain music history, largely drawn from his personal experience. With a smile so kind and welcoming, Harold was a true sweetheart—a gentleman in every sense of the word. For more than four decades, Harold’s voice echoed across Felt’s Park in Galax, Virginia, the small mountain city he dearly loved, signaling that one of the oldest and largest musical gatherings in the country was once again upon us. The sound of Harold’s voice was as central to the Galax Old Time Fiddlers’ Convention as any note that rang from a banjo or fiddle. Harold seemed to take delight in everyone he ever met, and when he addressed his audiences every night with his signature welcome of “Good evening friends,” you know he meant it. Harold was deeply loved and will always be held as the gold standard to which all other emcees will be measured.

The Galax Old Time Fiddlers’ Convention would have turned 85 this summer, and while so much of the world has changed over those eight decades, the Fiddlers’ Convention always seemed to remain so reliably consistent, as if it somehow inhabits a separate universe, a musical wonderland accessible only for one week in August. As the fiddlers’ convention commences, a city of music lovers is once again recreated, where families camp in their same familiar spot, conversations seem to seamlessly pick up where they left off, and the jamming continues again all night for nothing but pleasure. And each night the big yellow tent is once again filled with countless musicians young and old. They line up for their one chance on the contest stage, for some to finally win that blue ribbon, and for others just to have fun and get back their camping money. Always on the side of the contest stage in his signature white Stetson hat and his faithful clipboard in hand, Harold had that air of permanence about him too. Over his 44-year tenure as Galax emcee, Harold welcomed literally generations of musicians to the stage, introducing everyone from stars like Bill Monroe to many a six-year-old child struggling through “Twinkle Twinkle Little Star,” and treated them just the same.

Contest emceeing is on its surface a relatively straightforward activity. “All right judges,” Harold would say as stagehands adjusted microphone stands and yet another contestant and their backup walked to the stage. “This is contestant number 127, Montana Young of Bassett, Virginia. She’s going to play for us ‘Blackberry Blossom.’ Contestant number 127.” As Montana breaks into the familiar traditional tune that has been attempted thousands of times on the venerable stage, Harold exits stage right to greet and ready the next contestant. While known for his smooth introductions and impeccably classy stage presence, it was really these brief but pivotal moments with the awaiting musicians that most set Harold apart. For during these moments it wasn’t only Harold’s opportunity to confirm the contestant’s song choice and do his best to ensure that he pronounced their name and hometown correctly. It was also the time he might make the contestant laugh with a quick joke, marvel at how much a young contestant had aged, or how much an older contestant had not aged. It was a time for him to tell them what a fine instrument they had, what a wonderful song they selected, what a perfect accompanist they had chosen to back them up, drop a name of a bluegrass hero or two that Harold had worked with over his many years on the stage and radio, perhaps mention the no-hitter he pitched for his beloved high school of Fries against their dreaded rival Oak Hill many decades ago, or share fond memories of introducing the contestant’s daddy years ago. Though these encounters lasted mere minutes, they had a tremendous impact on the participants, who found themselves just a little less nervous, just a little more confident, and a little more joyous and reminded of the fact that their performance was really most about having a good time and feeling the joy of making music. It was in these ways that Harold brought out the best in people.

Harold participated as a Master Artist in our Folklife Apprenticeship Program, and we are so grateful to have had the opportunity to have him emcee many of our own programs around the state so that crowds at events such the Richmond Folk Festival or the Folklife Apprenticeship Showcase could hear that iconic voice and take in some of Harold’s infectiously joyous spirit and unbridled enthusiasm for the music and musicians whom he loved. In every case, Harold would address the audience as “Friends” because that’s how he experienced them and nearly everyone he had ever met.

To many, it was impossible to imagine a Galax Fiddlers’ Convention without Harold. And in a summer of painful ironies, Harold left us during what would have been the heart of Galax week. Instead, much like so many beloved and highly anticipated events across the country, Galax was cancelled for only the second time in its history, and the first time since World War II. Had it taken place, we would have all had the opportunity to not only cry together but also make a joyous musical sound up to the heavens in Harold’s honor, as he would have wanted us to do. That time will come, and when it does we will know that while the man in the big white hat may be gone, his enduring smile and spirit will always remain with us.

Rest in peace, Harold.  There will never be another like you.