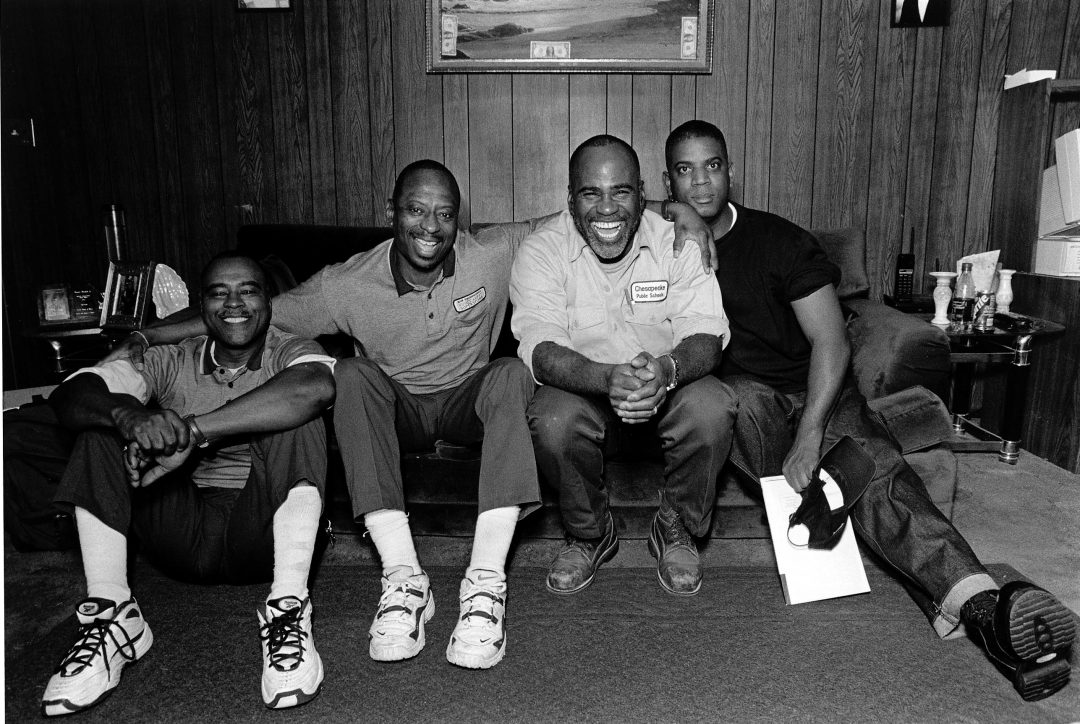 Hampton Roads, the growing metropolitan area at the convergence of the James River, Atlantic Ocean, and the Chesapeake Bay, produced more than two hundred a cappella gospel quartets in the century following the Civil War, many of whom enjoyed international acclaim. Yet despite this illustrious history, there are only a handful of Tidewater quartets singing today. The Paschall Brothers, a stunning quartet from Chesapeake, are the current torch bearers of this proud tradition. The Paschalls are firmly rooted in a long tradition of fine Tidewater quartets, beginning with the Hampton Institute Quartette and followed by countless others, including the Silver Leaf Quartet, the Four Pennies, the Golden Crown Quartet, and perhaps most famously the Golden Gate Quartet. The Paschall Brothers were formed by the Reverend Frank Paschall, Sr., in 1981. Reverend Paschall passed away in 1999, but his sons have carried on his legacy, performing regularly at area churches and for larger audiences at such prestigious venues as The Kennedy Center and Lincoln Center. Through the apprenticeship program, the Paschalls have expanded to include the next generation, recently adding apprentices Renard Freeman, Jr., and the late Reverend Paschall’s grandson, Tarrence Paschall, Jr., to the group.

Our fathers and uncles have been singing for so long that we just kind of take to it. It’s just a sound that’s always kind of been there for us. And it’s so different from the way they teach us in school. And me, I like it because it’s loose. It’s not in your face, you know, it’s not “do this, do that, do this!” They still show you what to do, but they make it fun. They let you be yourself. They’re kind of like us, really. They like to joke around and all. But when it’s time to get serious, you know, it’s time to get serious.
-Tarrence Paschall, Jr.