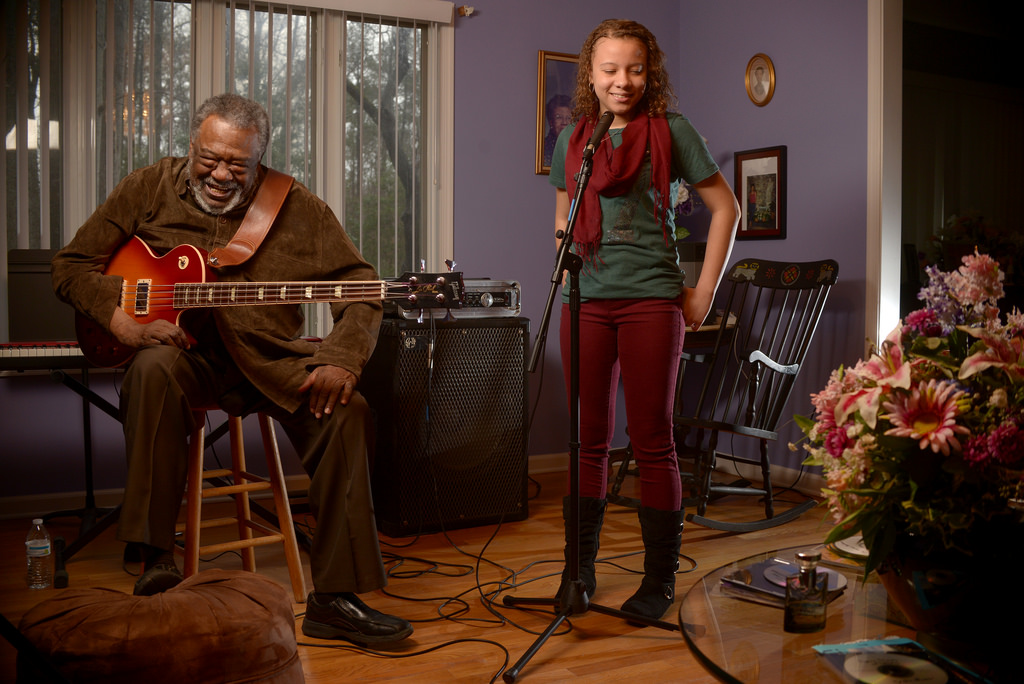 The Holmes brothers, of Virginia’s Middle Peninsula, have been performing a joyous and moving blend of blues, gospel, soul, rhythm and blues, rock ‘n’ roll, and country for fifty years. Sherman and Wendell Holmes were raised in Christchurch, Virginia.

Their schoolteacher parents fostered the boys’ early interest in music by listening to traditional Baptist hymns, anthems, and spirituals, as well as blues music by Jimmy Reed, Junior Parker, and B.B. King. Sherman studied composition and music theory at Virginia State University before heading to New York City, where Wendell joined him.

In 1979, the duo formed the Holmes Brothers band, with Sherman on bass, Wendell on guitar, and Popsy Dixon on drums. With their soulful singing, uplifting harmonies, and unsurpassed musicianship, the Holmes Brothers blend Saturday night roadhouse rock with the gospel fervor and harmonies of a Sunday morning church service.

Recipients of the 2014 National Heritage Fellowship, the highest honor the U.S. government bestows upon traditional artists, the band also has played and recorded with the brightest stars of the blues scene. They will apprentice Whitney Nelson, a remarkably talented eleven-year-old singer, musician, and songwriter.