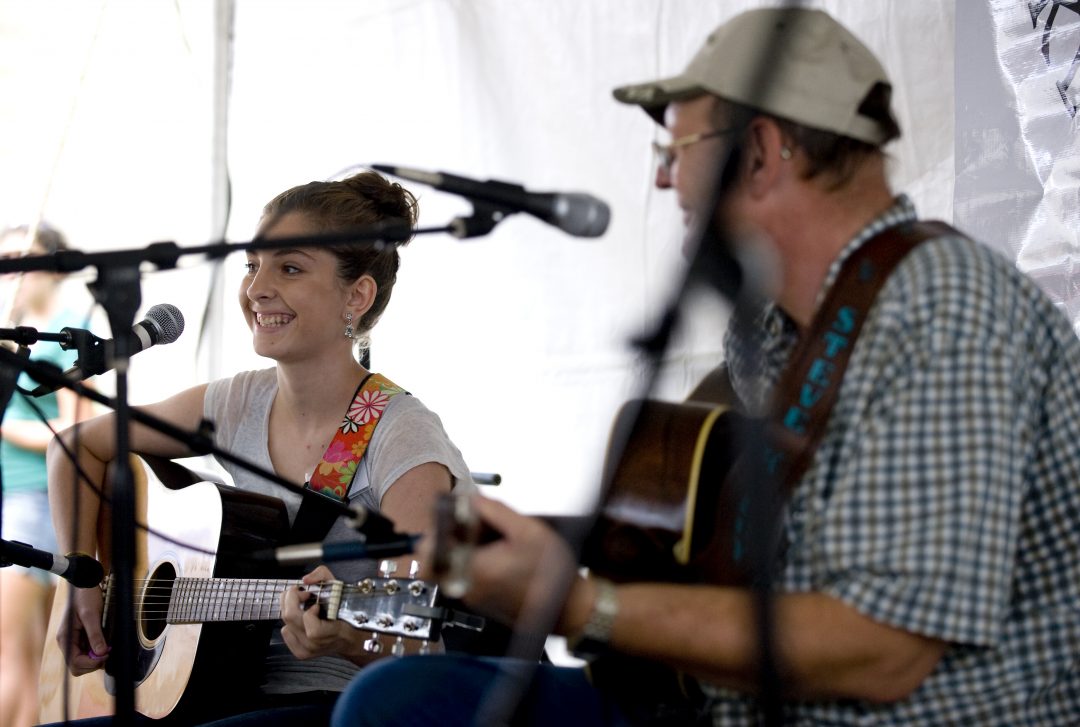 The guitar was primarily used as a rhythm instrument in the United States from the 1800s through the 1930s. As more and more players began to play lead breaks on the guitar throughout the 1940s and 1950s, two main styles emerged: “fingerstyle” and “flatpicking.” The term “flatpicking” originated with early lead acoustic guitar players in traditional country and bluegrass music who used a plectrum, or pick, to play the guitar. The plectrum of choice was called a “flat pick” or “straight pick,” so called to distinguish the technique from “fingerstyle” players who used finger picks, thumb picks, or bare fingers to pluck the guitar’s strings. Steve Kilby, from musically rich Grayson County, started in 1966 by figuring out how to use the guitar to pick out tunes played by his grandfather, a celebrated fiddler. Steve has since established himself as one of the finest flatpickers in the country, and his version of “Black Mountain Rag” won him the North Carolina State Championship, the Fiddler’s Grove Championship, and the Galax Old Fiddler’s Convention contest. Steve has worked with his apprentice Leah Hall of Blacksburg, teaching her to play the tunes he has mastered as well as encouraging her to learn the repertoires of other experienced players.