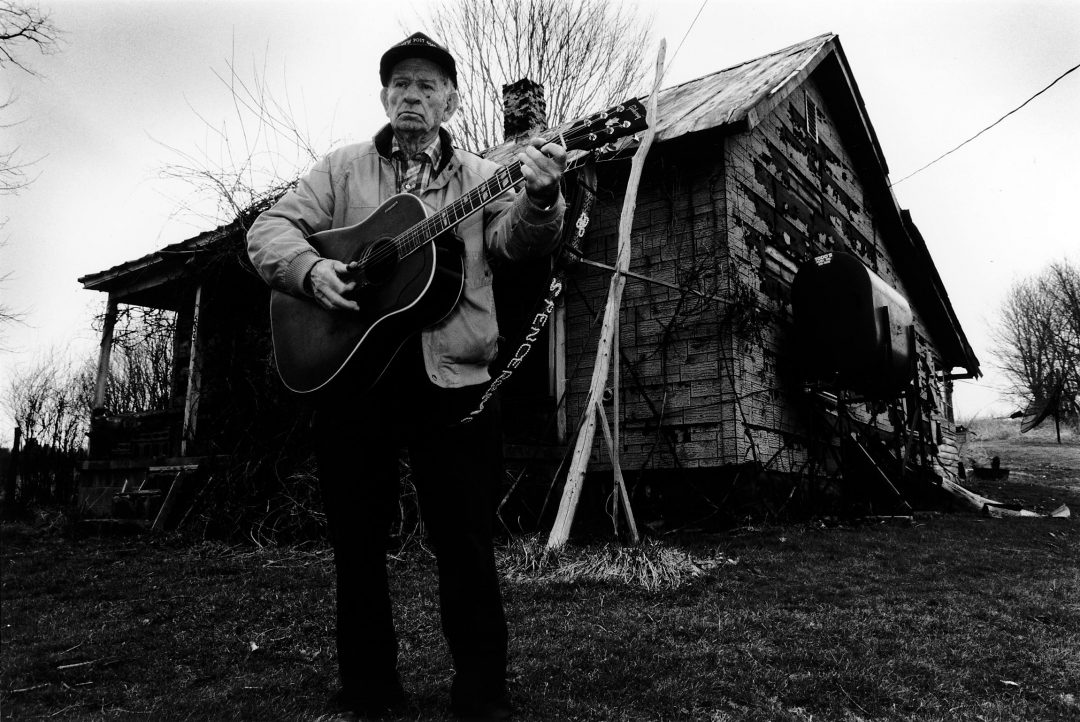 When the late folklorist Alan Lomax set out on one of his legendary “Southern Journeys” in 1959, he stopped in Chilhowie, Virginia, to record a tobacco farmer named Spencer Moore in his small, tar paper house. Spencer was quite well known locally for his weekly appearances on the “Farm Fun Time” radio program out of Bristol, which showcased his spirited singing and guitar playing. Spencer enthralled Lomax, who was particularly impressed with the sheer breadth of Spencer’s repertoire. Almost fifty years later, Spencer still lives in the same house in Chilhowie, and while he no longer farms tobacco, he plays regularly at weekly jams and dances throughout the region. No one can say for sure how many songs Spencer Moore knows, but suffice it to say that it is well into the thousands. Many of these songs are not written down or recorded, making Spencer’s apprenticeship with his great-nephew, Ben Moore Jr., even more significant.

Well, I guess I taught myself how to play guitar. I used to listen to the other musicians in the area, G. B. Grayson, A. P. Carter, you know. Most of them are passed and gone now. But I’ll never forget that day when Mr. Lomax pulled up in front of the house. He said he came from Washington, and that he was going to make it so that people could hear my songs forever. I heard that and I said, “Well, I’ll be…”
-Spencer Moore