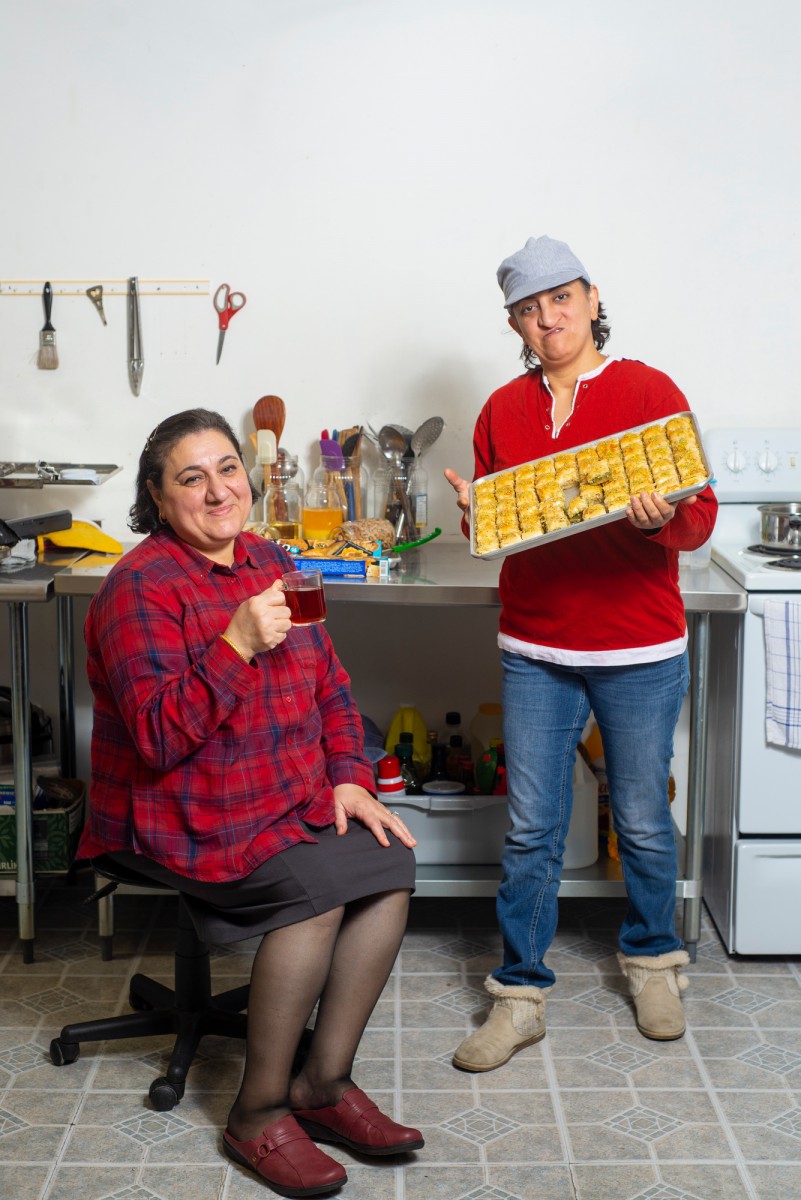 Sondus Asad Moussa, left, and her apprentice Sanaa Abdul Jalil photographed in the kitchen at the Baghdad Market in Harrisonburg. Pat Jarrett/Virginia Humanities

Despite a population of just over 50,000, Harrisonburg is one of the most ethnically and culturally diverse cities in  Virginia. Today, the Harrisonburg–Rockingham County community includes refugees and immigrants from all parts of the globe. Arabic is the second most spoken language in the public schools, as Harrisonburg has welcomed large populations of refugees from Iraq and Syria in recent years. One of Harrisonburg’s recent arrivals is Sondus Asad Moussa, owner of the Baghdad Market, a Mediterranean specialty store. Several times each week, Sondus layers up delicate leaves of phyllo dough, brushing clarified butter between each, and sprinkling on her special blend of walnuts, almonds, and cardamom to make baklava, a true culinary art form. Sondus grew up following her mother and grandmother around the kitchen asking a myriad of questions. “My grandmother put butter in everything,” she

recalls, “so I use local, organic butter from Mount Crawford Creamery. It’s the best!” Her grandfather migrated from Turkey to Nineveh/Mosul in Iraq during World War I and she attributes her family’s taste for baklava to this Turkish heritage. Her taste for exquisite baklava intensified as a child because her father would stop on his way home from work on Karrada Street at Abu Afif, the best sweets shop in the city. Between her father’s habit of eating half a tray of baklava in one sitting and her mother’s baking at home, Sondus developed a love of the multi-layered Middle Eastern treat. Sondus will apprentice her neighbor, Iraqi-born Sanaa Abdul Jalil. Sanaa has lived in Harrisonburg since 2015, and is excited to learn the art of baking from Sondus.