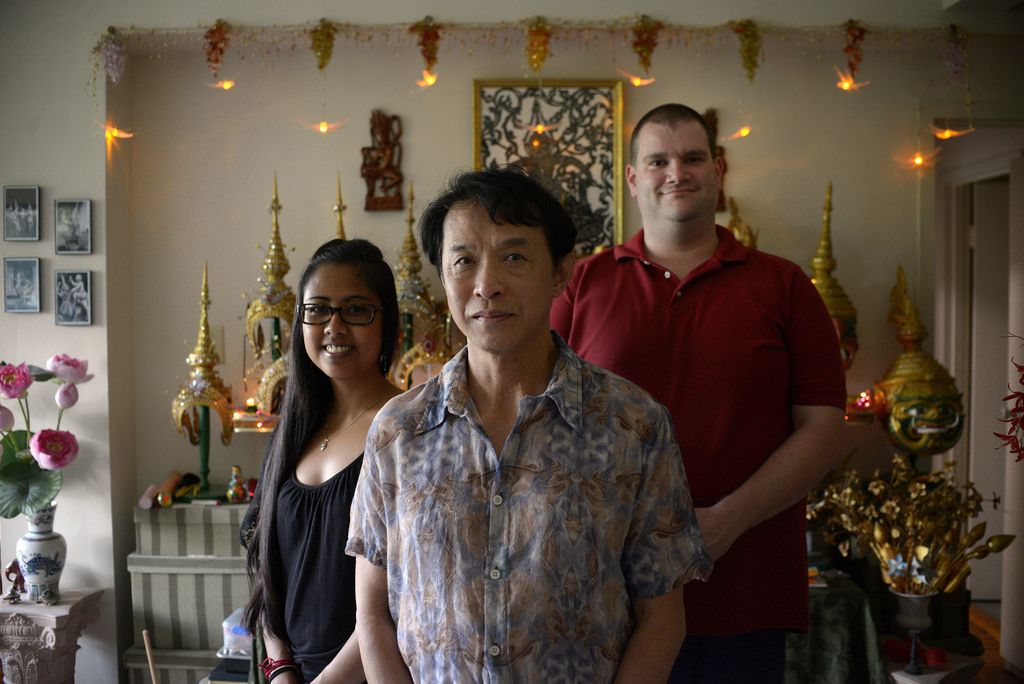 In the years between 1975 and 1979, the Maoist-inspired radical group, the Khmer Rouge, committed horrific acts of genocide in Cambodia, attempting to collectivize Khmer socioeconomic operations, destroy the traditional family unit, and outlaw local religious practices. The Khmer Rouge also targeted the Khmer’s traditional arts and culture. Among those artistic expressions most targeted was the remarkable tradition of Cambodian costumed dance and opera. Khmer classical dance can be traced to the Angkor Empire (802-1432 AD). The dance postures and costumes that comprise contemporary practice have their roots in images of dancers carved on ancient temples, and are modeled after traditional Angkorean dress. Perhaps the most dazzling elements of the dance costumes are the crowns. Male and female character crowns are multi-tiered spires that resemble the top of Buddhist shrines symbolizing Mount Meru, the center of the Buddhist universe. They are adorned with jewels and rosettes on springs that sparkle with the slightest head movement. Wings surround the ears and a crescent-shaped diadem, framing the face, distinguishes female from male crowns.

Sochietah Ung migrated to Washington, D.C., in 1979, and soon made contact with a Virginia-based dance troupe led by master teachers Phuong Phan, Moly Sam, and Sam-Ouen Tes. They intended to perform a Cambodian opera story and, remembering that Ung’s grandfather had been an opera singer in Cambodia, they asked him for help in making the costumes. Thus began his career as a Cambodian costume, crown, and mask maker. Ung’s costumes became highly valued in both the United States and Cambodia, including by Princess Norodom Buppha Devi, the premiere dancer of Cambodia’s Royal Dance Troupe during the 1960s. While on tour in the U.S. in 1985, she wore one of his crowns and told him, “You have fate. You were born to do this job.” Ung is dedicated to teaching his costuming craft, as well as traditional dance, to students young and old, within and outside the Cambodian community. He looks forward to working closely with two apprentices, Matthew Reagan and Lena Ouk.