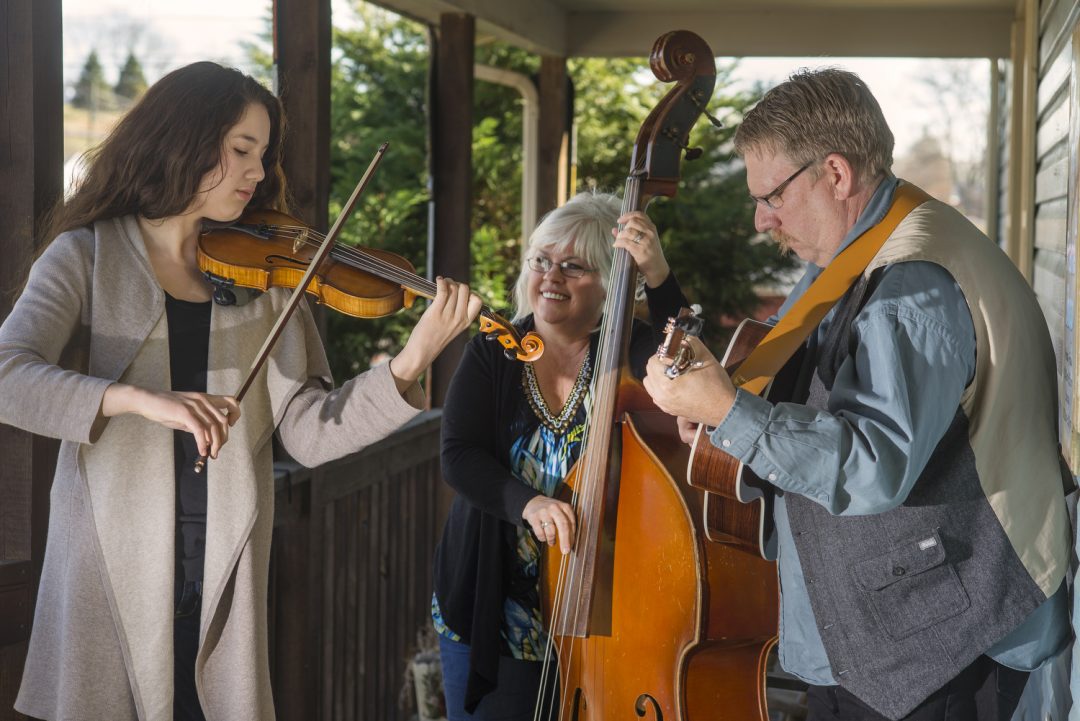 Fiddle and violin virtuoso Kitty Amaral is apprenticing under Linda Lay for her singing and Scott Freeman for fiddle. Photographs made at the Front Porch Gallery and Frame Shop in Woodlawn, Virginia on 2/25/17. Photo by Pat Jarrett/The Virginia Folklife Program

Bluegrass and old-time fiddling and singing 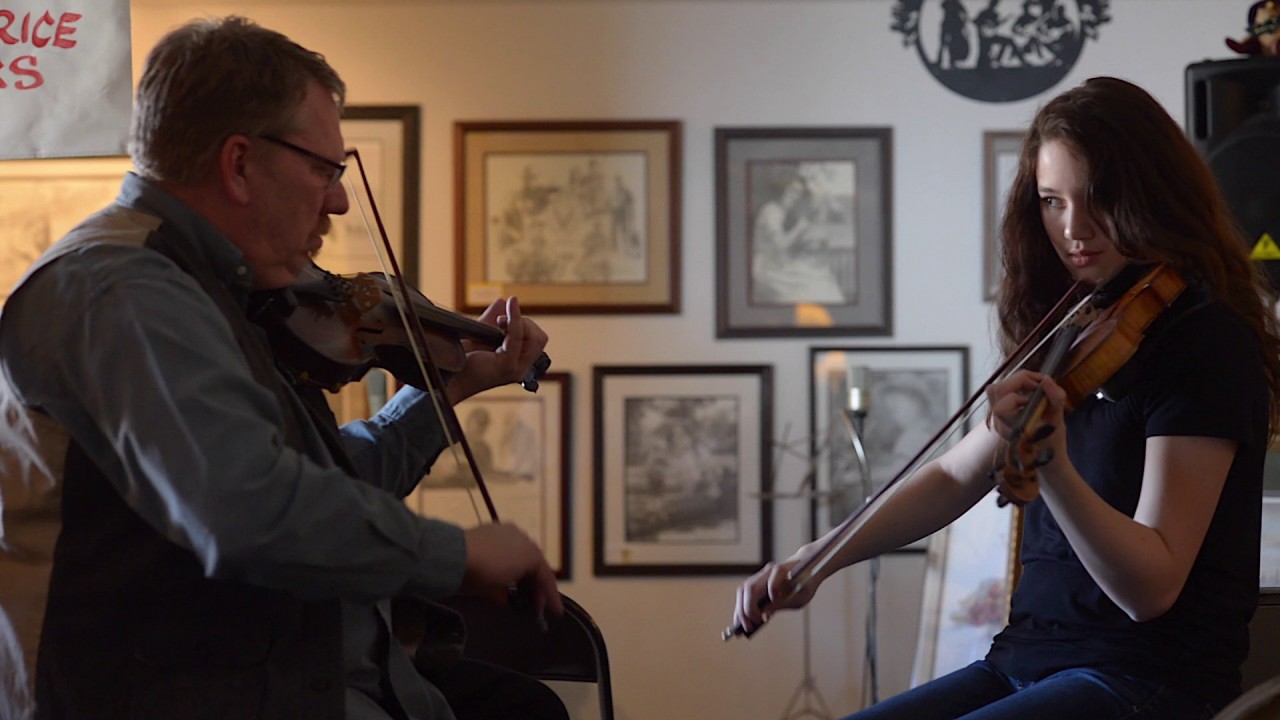 The early song-collecting journeys of folklorists informed the rest of America about the remarkable breadth of fiddle tunes in the mountains of Southwest Virginia, many of which closely resembled songs collected in the British Isles generations earlier. Still the music of choice for country dances and the competitive focus of a vibrant network of fiddlers’ conventions, old-time fiddling continues to thrive in Southwest Virginia. Originally from Mount Airy, North Carolina, and now hailing from Galax, Virginia, Scott Freeman comes from a long line of musicians. His grandfather, from Ivanhoe, Virginia, played the clawhammer banjo; his father was an award winning flat-foot dancer and musician. “There were always instruments around the house,” he remembers. His three brothers all played music, so he seemed destined to play as well. “They always needed a mandolin player,” Scott remembers. He took up the mandolin as well as its close cousin, the fiddle, and has become one of the most sought-after players in the region. Scott is also a prolific teacher, and has taught countless young people in the region to play old-time and bluegrass music, including his daughter, nationally recognized recording artist Dori Freeman. Scott will be teaching Kitty Amaral of Elk Creek, Virginia. Though barely in her teens, Kitty is a mainstay at local music jams in southwestern Virginia and a regular frontrunner at regional fiddling contests. She also leads her own band, Shadowgrass, which will perform at the National Folk Festival this fall.