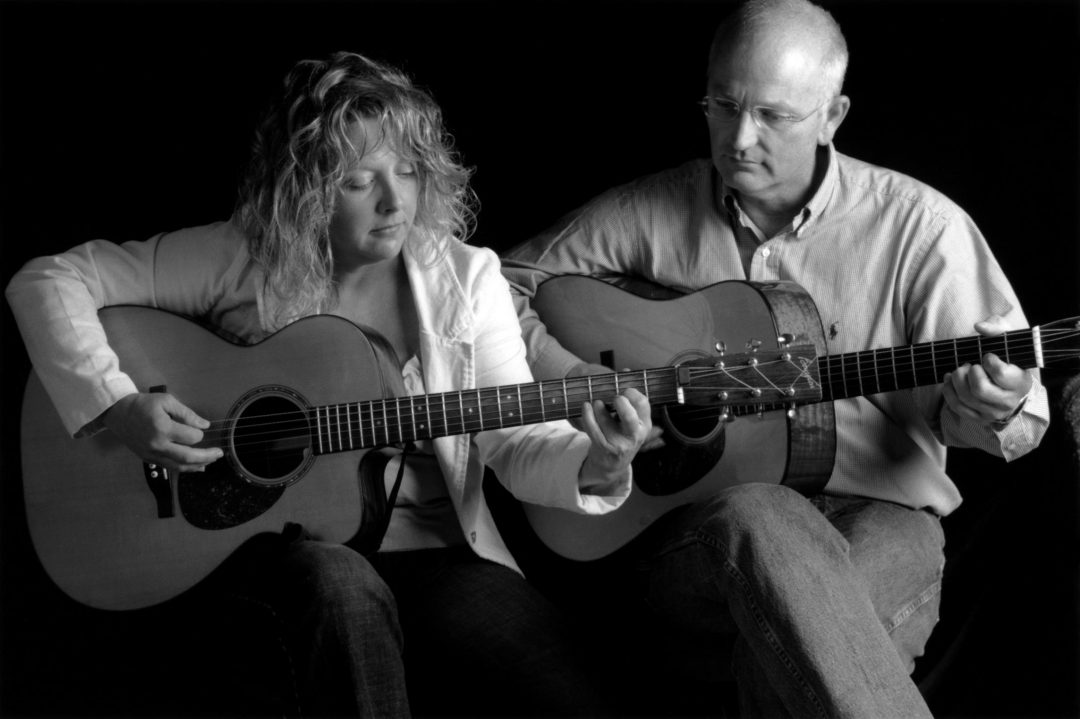 The guitar was primarily used as a rhythm instrument in the United States until the late 1930s. As more and more guitar players began to play lead breaks on the guitar throughout the 1940s and ’50s, two main styles emerged—”fingerstyle” and “flatpicking.” The term “flatpicking” originated with early lead acoustic guitar players in traditional country and bluegrass music who used a plectrum to play the guitar. The plectrum of choice was called a “flat pick” or “straight pick,” as opposed to the use of finger picks, thumb picks, or bare fingers to pick the guitar’s strings. Scott Fore has established himself as one of the finest flatpickers in the world. Growing up in music-rich Washington County, Scott spent a lot of summer evenings watching the guitar contests at fiddler’s conventions throughout Southwest Virginia. Eventually, Scott began competing, and has won countless flatpicking competitions, including the prestigious Winfield Guitar World Championships, the Galax Fiddler’s Convention, and the Wayne C. Henderson All-Star Competition. Scott’s apprentice, Cheryl Lunsford, has established herself as one of the area’s finest teachers and flatpickers as well.

I’m kind of known around the guitar contests for my stance. Nearly everyone sits but I always stand up with my foot on the chair, and guitar resting on my knee. It tends to intimidate a lot of guys, and it seems like most of the time the contest is mine before I play a single note. The funny thing is that I came up with this because the first time I competed, my hands were shaking so much I could barely play. So, I actually did it to steady the guitar and keep the judges from seeing how nervous I was! And I guess it’s kind of become my trademark.

Back when I was a teenager, I used to jam with the musicians out in Floyd. All the guys were saying, “She’s getting so good, we’re going to have to take her out back and break her fingers.” Sure, it was a joke, but they would have never said that to a boy my age. If I was a boy they would say, “Come on, boy, let’s go back and pick some.”