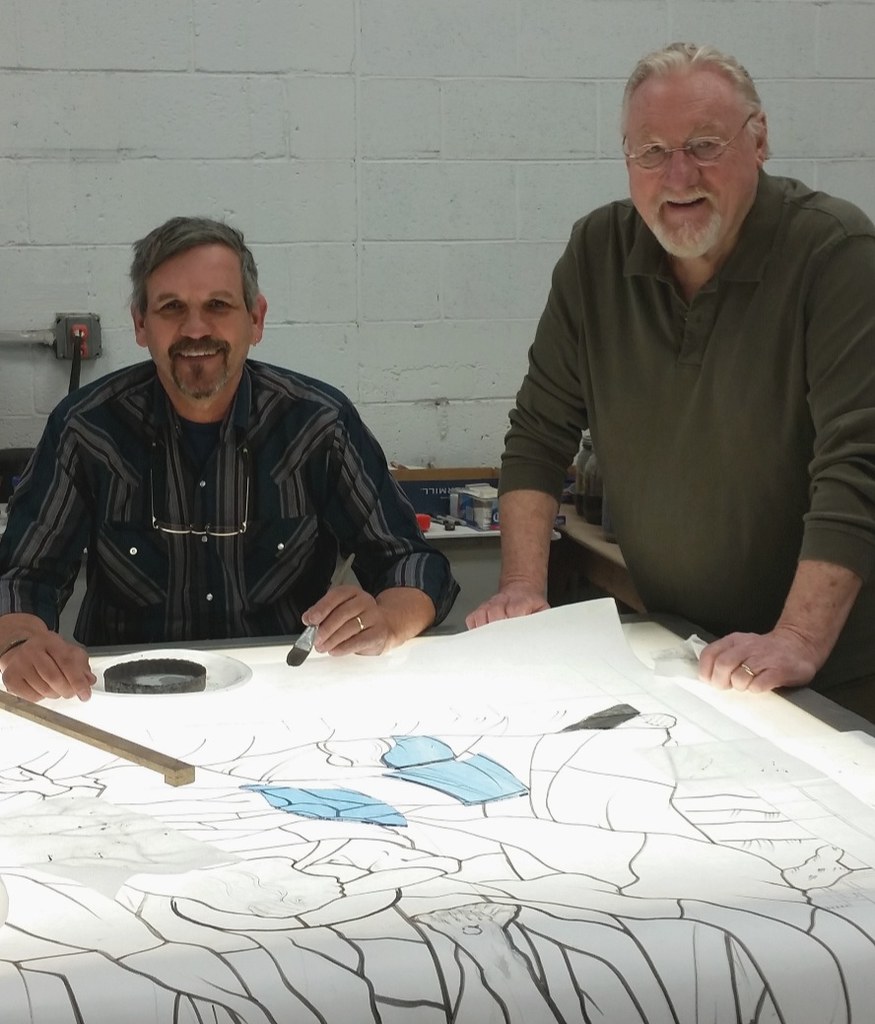 Stained glass master artist Ronald Dixon grew up viewing stained glass art from the sixteenth and seventeenth centuries in his native Northern Ireland, spending hours in local cathedrals while his father performed as a church organist. The windows had a profound impact on Ronald, forming his earliest memories: “My first images were seen in the glass,” he recalls. “It was understandable to me.” He went on to major in stained glass studies at Belfast College of Art, where he also studied theology and architecture, and sought advice from local masters. Shortly after graduation, Dixon came to the United States under the sponsorship of a stained glass studio in Kansas City, where he worked as a designer and painter before taking on many freelance projects around the country. In 1983, Ronald moved to Virginia to work with the Winebarger Church Furnishings Company in developing their stained glass department. In 1991, he set out on his own, creating Dixon Studio in Staunton with his wife, Annie. Dixon Studio has since become one of the premier stained glass studios in the country, and Ronald and his staff of craftsmen have created, restored, and installed windows in more than 100 churches in Virginia and throughout the East Coast. Every Dixon window is unique and completely hand-made, requiring many hours of designing, cutting, treating, firing, soldering, sealing, and installation. For the past fifteen years, William Todd Hinkle has assisted with window installation, and will now serve as Ronald’s apprentice.