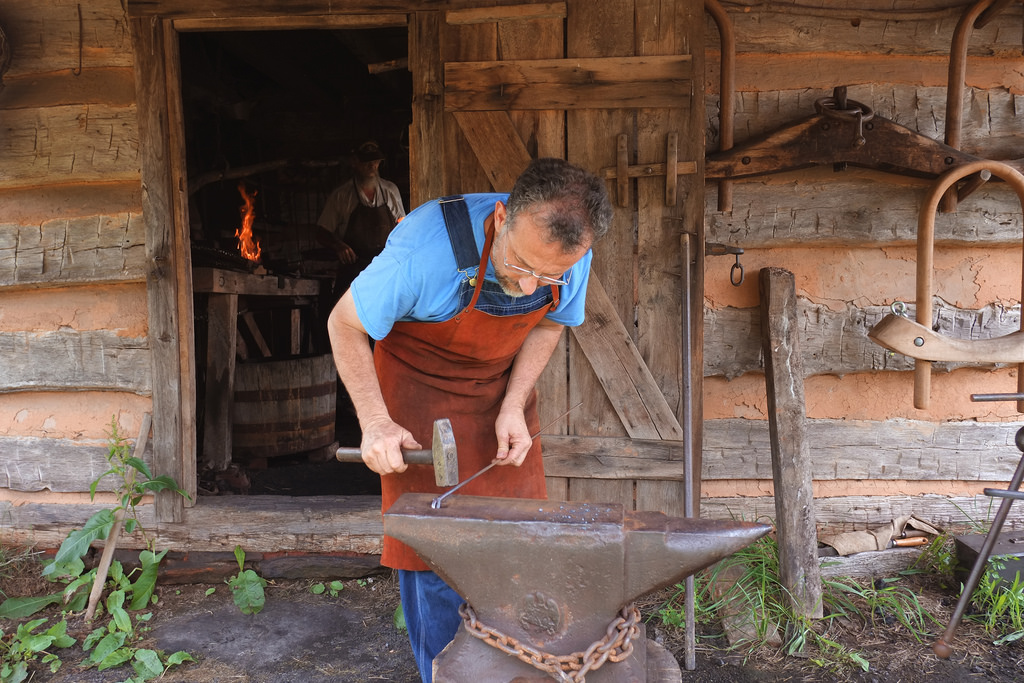 Blacksmithing was among the first craft trades Europeans brought to the New World; in fact, a blacksmith was among the original group of 104 settlers that the Virginia Company of London sent to Jamestown in 1607. The blacksmith’s trade is largely considered the foundation for innumerable crafts and technological developments that followed. Industrialization has diminished blacksmithing’s place in manufacturing, but a loyal and passionate group of modern-day blacksmiths practice the historical trade for pleasure and, occasionally, for their livelihoods. Rick Green, of Franklin County, grew up fascinated with blacksmithing; he sought out apprenticeships with master blacksmiths from across the region. Today, he is a leading demonstrator and working blacksmith in Southwest Virginia. His blacksmith shop, located in a nineteenth-century log home, is a mere mile from the site of the shop of the same trade owned and operated by his great-great-grandfather. To help expand the reach and impact of his participation in the Virginia Folklife Apprenticeship Program, many of Rick’s sessions with his apprentice, Franklin County native Jon Butler, will be open to the public at the Blue Ridge Institute and Farm Museum at Ferrum College.