Richmond Folk Festival Bolivian Parade: A Feast for the Senses 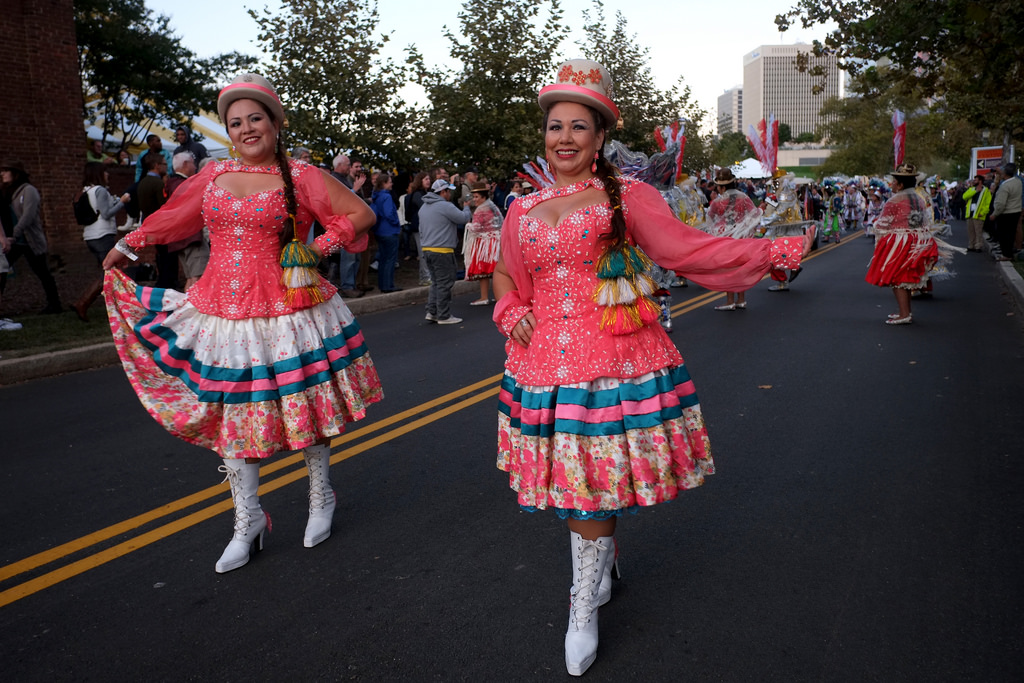 The 2015 Richmond Folk Festival was nothing short of glorious: great weather, enthusiastic crowds, and excellent music, food, and crafts. A highlight of the festival was the parade of Bolivian dance troupes. Organized by Nelly Zapata, president of Comite Pro Bolivia, and the Virginia Folklife Program, hundreds of beautifully costumed Bolivians paraded through the festival’s main artery. Northern Virginia is home to the largest population of Bolivians outside of Bolivia, and hundreds of them dazzled festival crowds with their spectacular costumes and athletic dance moves: