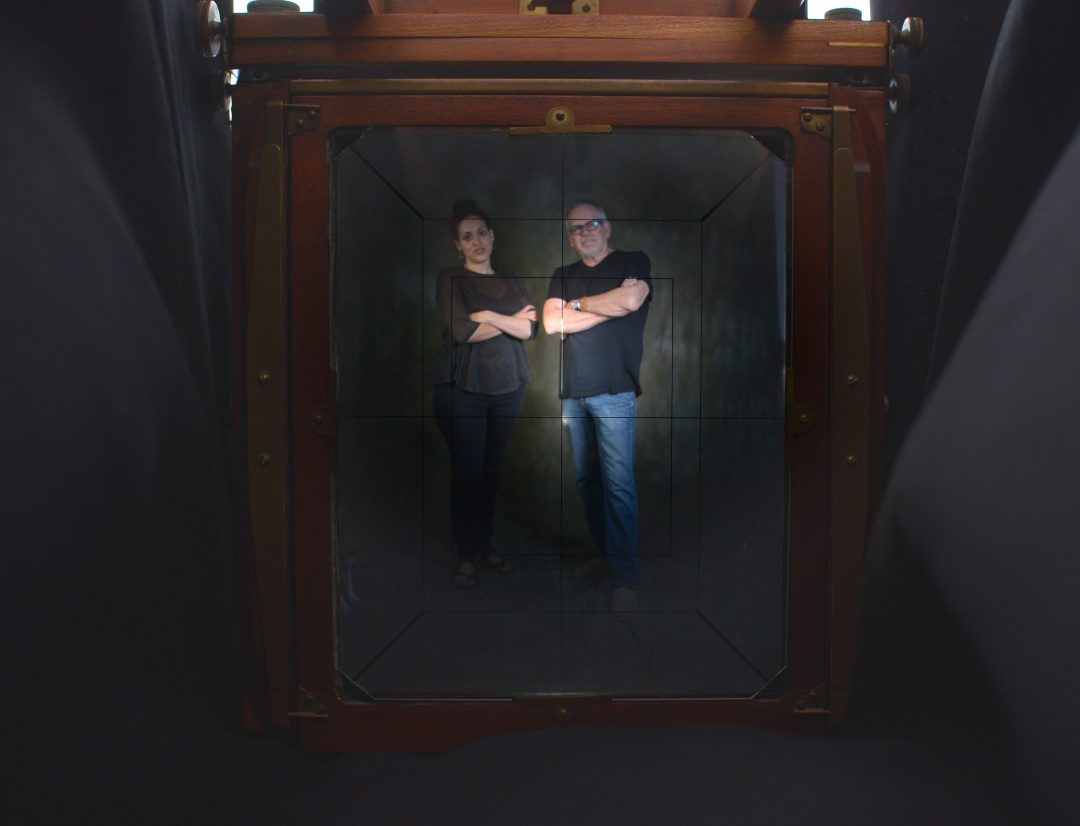 Richard Pippin and Melissa Jones use traditional wet-darkroom techniques and large-format cameras to make photographs at Manu Propria Photographic in Staunton, Virginia. The photographers were photographed in their studio and darkroom on Saturday, June 6, 2015.
Pat Jarrett/The Virginia Folklife Program

By one estimate, humans took more than 900 billion photographs in 2015 and shared more than 200,000 images per minute on Facebook. This flood of digital images is unprecedented, but traditional and historic photographic methods have not been abandoned: a small number of photographers and photography enthusiasts are working to revive the old techniques. Richard Pippin, owner of Manu Propia Studio in Staunton, Virginia, and his long-time apprentice, Melissa Jones, practice historical photographic methods that date back to the 1800s. Richard employs the methods of Louis Daguerre, who commercially introduced his metal-based daguerreotype process in 1839, and Henry Fox Talbot, the nineteenth-century British inventor who pioneered the paper-based calotype and salt-print processes. His one-of-a-kind studio serves not only as a working darkroom where these techniques can be employed, but also as a community resource to educate practitioners and spread the revival of traditional photography throughout the region and the country. Richard and Melissa will be joined by Charlottesville native and Tandem Friends School senior Zoe Bearinger.