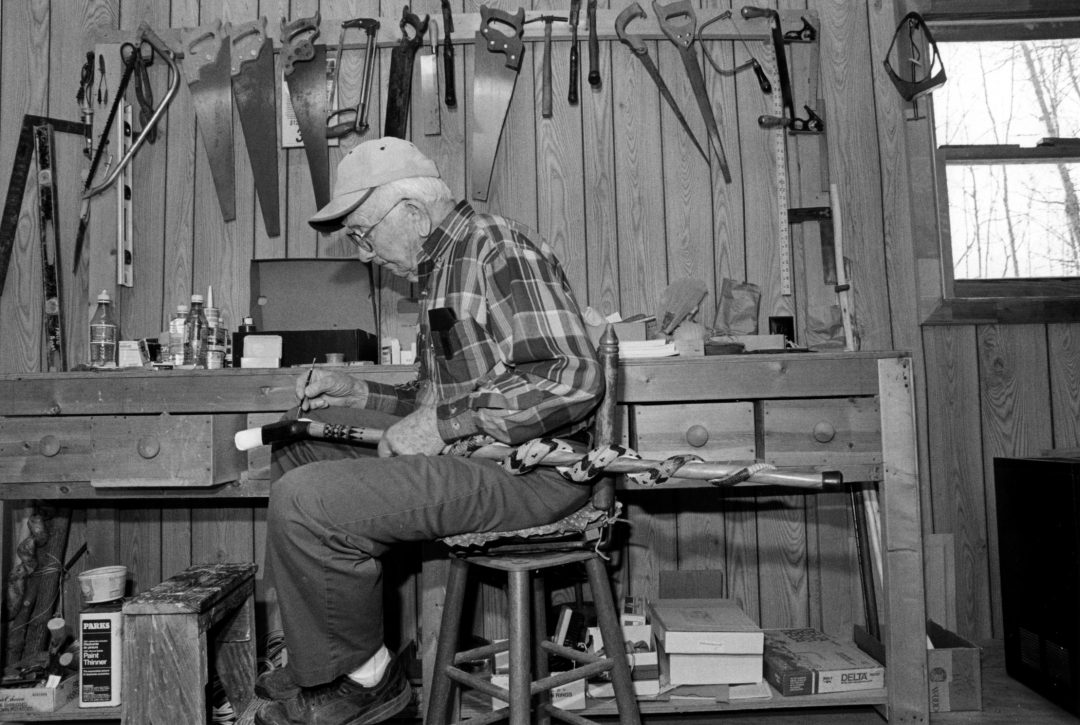 The Virginia Folklife Program was saddened to hear of the passing of Norman Amos, of Callands, Virginia, just shy of his ninetieth birthday. We first got acquainted with Norman through his prolific work as a wood carver. Norman first started whittling with a pocket knife as a child growing up in the shadows of Turkeycock Mountain in Pittsylvania County, where his family has lived for generations. Completely self-taught, Norman went on to become one of the most celebrated carvers in Virginia. A former tobacco farmer, Norman had a deep love of the natural world, which often became the subjects of his carvings.

While Norman loved to carve figurines of animals big and small, his unquestionable specialty was carving snake canes. The art of snake cane carving is practiced throughout the world, and has a rich history in southern Appalachia. The process begins when a vine wraps itself around a tree branch and fuses to it, ultimately causing the branch to die and fall. The result is a wooden stick with a snake-like coil wrapped around it. In the hands of a skilled carver like Norman, this coil is transformed into an arrestingly lifelike serpent.

It is not an exaggeration to say that Norman established himself as the greatest master of snake cane carving during his lifetime. Known for his signature attention to detail, Norman created snake canes that often mirror their living counterparts down to the number of scales. Perhaps Norman’s greatest achievement was carving a snake cane depicting every snake native to Virginia, which we had the honor of exhibiting in Charlottesville. Norman was also one of the first participants in our Folklife Apprenticeship Program, and Norman and his canes were a fixture for many years at our Virginia Folklife Apprenticeship Showcases. Norman’s work has been displayed at the Corcoran Museum of Art and the Smithsonian, but he always said his greatest joy was displaying his canes at local craft shows in and around Callands. 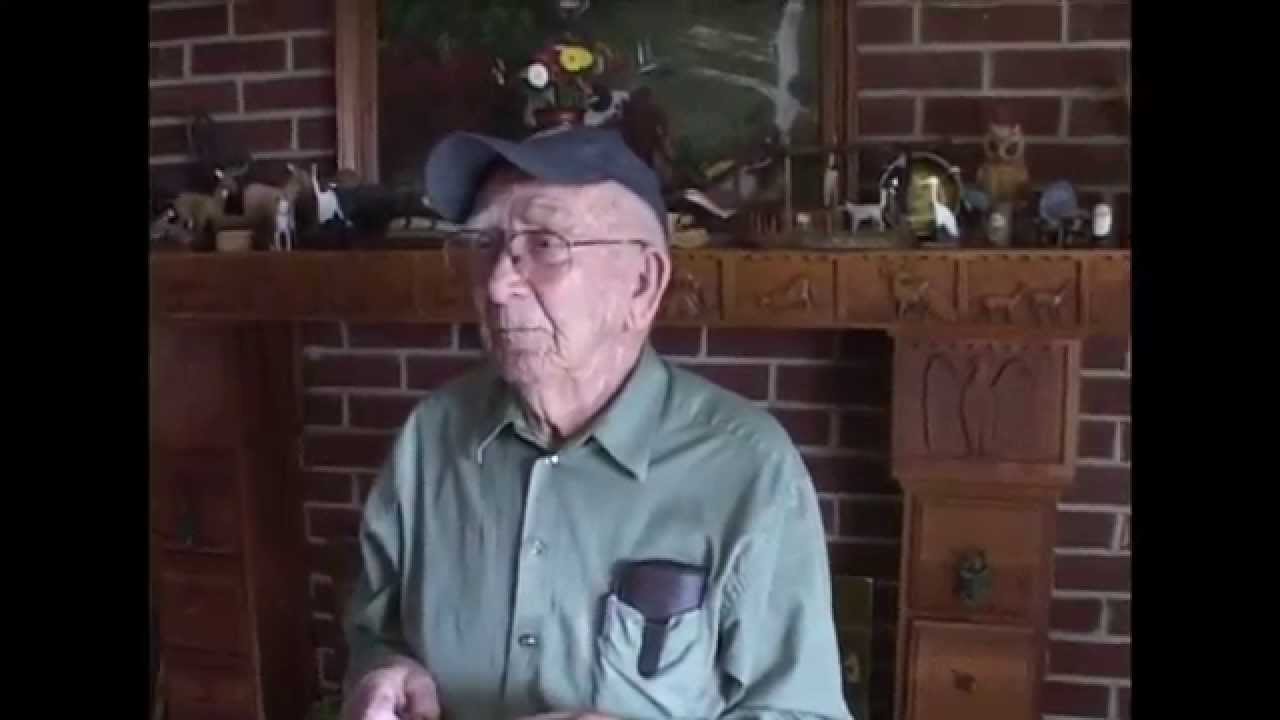 Norman grew up on his family tobacco farm and then entered the Navy in the Second World War, when he was still seventeen. Among his other duties in the service, Norman supervised a staff of cooks, who provided meals for thousands of servicemen a day. While stationed in England, Norman met and married his wife of sixty nine years, Mavis Rusling. Like many war brides, Mavis came to America on the Queen Mary to join Norman’s family while Norman was still in the service. Moving from Bristol, England, to the Amos home in Callands, with no electricity or indoor toilets and a family she had never met, was quite an adjustment for Mavis, though she sees it now as the greatest decision she’s ever made.

Like so many of the passionate artists we get to know, Norman was relentlessly passionate and devoted to his craft—he spent everyday in his wood shop until nearly the end of his life—but his art did not solely define him. Norman was deeply involved and was truly loved in the Callands community. He was a dedicated member of the Mathews Memorial Presbyterian Church, a founding member of the Callands Volunteer Fire Department, a longtime mail carrier, and loving husband, father, grandfather, and great grandfather.

What I’ll always cherish most about my time with Norman and Mavis was their gentle kindness and great sense of humor. Norman took such delight in carving but never considered himself an artist. “I guess I’m still just a kid whittling by the wood pile,” he liked to tell me. I am blessed to have a few of Norman’s canes which are among my most cherished possessions. But perhaps my favorite thing that Norman ever gave me was a small wooden box he carved with an image of Mickey Mouse on the cover. On the inside he inscribed “Nature’s greatest miracles are found in the smallest things.” Norman’s wondrous creations, meticulously carved to the tiniest detail, were miracles in themselves, and we are so grateful to Norman for all of the beauty that he added to the world. He will be dearly missed.