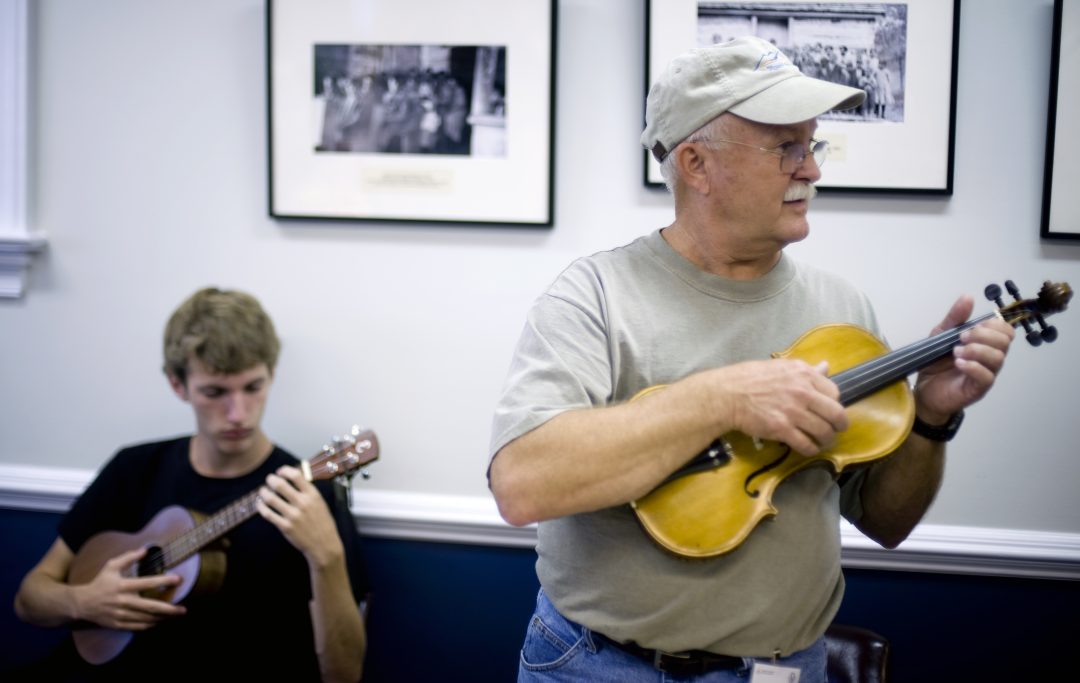 Southwest Virginia boasts some of the finest makers of stringed instruments in the United States. Much of this is a result of the wide-reaching influence and mentoring of the late Albert Hash, a machinist, clock maker, and fiddle maker from Whitetop, Virginia. Randal Eller met Albert at a crafts show some thirty years ago. Randal had already established himself as an accomplished woodworker, and remembers Albert telling him: “if you can carve like that, you can surely make a fiddle.” Like many other fine luthiers in Southwest Virginia including Wayne Henderson, former Virginia Folklife Master Artist Audrey Hash Ham, Jimmy Edmonds, and others, Randal blossomed under Hash’s generous tutelage, and has since built and repaired instruments for numerous bluegrass and old time musicians throughout the region. Randal comes from a musical family himself, and has passed his love for music on to his children and grandchildren. His son Jacob is an emerging star on bluegrass bass, and his grandson, Drew Plowman, has served as his fiddle making apprentice.