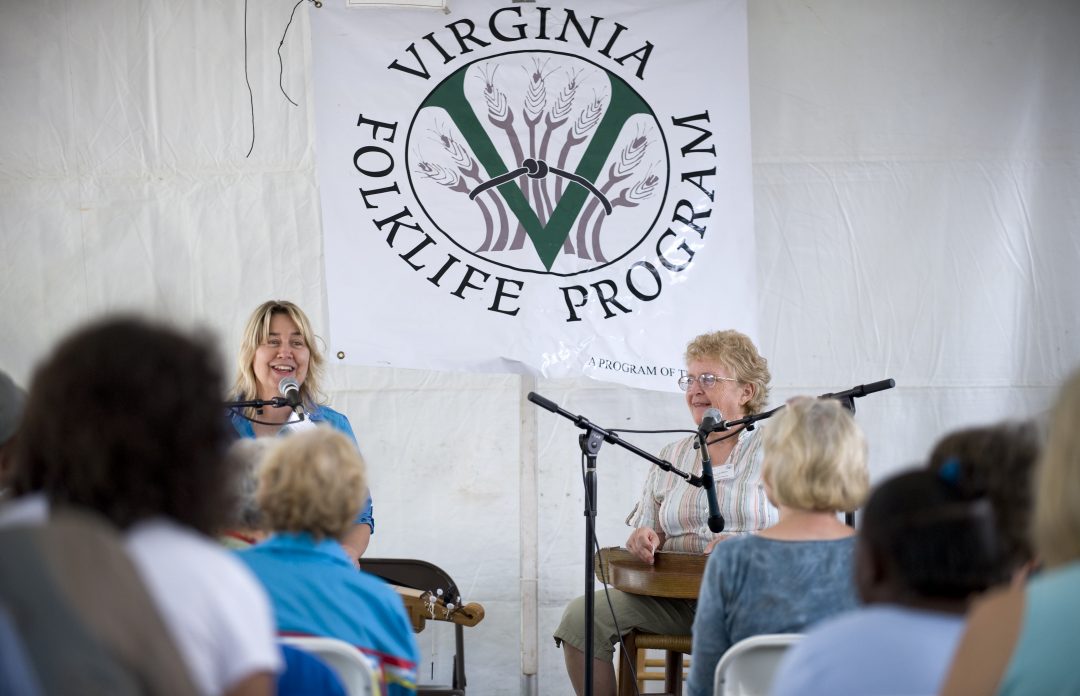 Phyllis Gaskins of Elkton, Virginia, is a master of the Galax dulcimer, an instrument distinguished from the regular mountain dulcimer in numerous ways, with four equidistant strings of the same gauge. It is noted with a flat piece of hardwood, and picked with a turkey or goose quill. Unlike the regular mountain dulcimer, which is almost always used to accompany ballad singing or is played by itself, the Galax dulcimer is intended to be an equal part of an old-time string band, matching the fiddle for note after blistering note. Phyllis learned to play from one of the great masters of the Galax dulcimer, the late Raymond Melton of Woodlawn, Virginia. For generations, members of the Melton family were prominent makers of the instrument, dominating the dulcimer competitions at the Galax Fiddlers’ Convention. Phyllis has taught Blue O’Connell of Charlottesville, herself an accomplished dulcimer player, who has now learned the Galax style from a master practitioner.