Passing on Quechua culture in Virginia 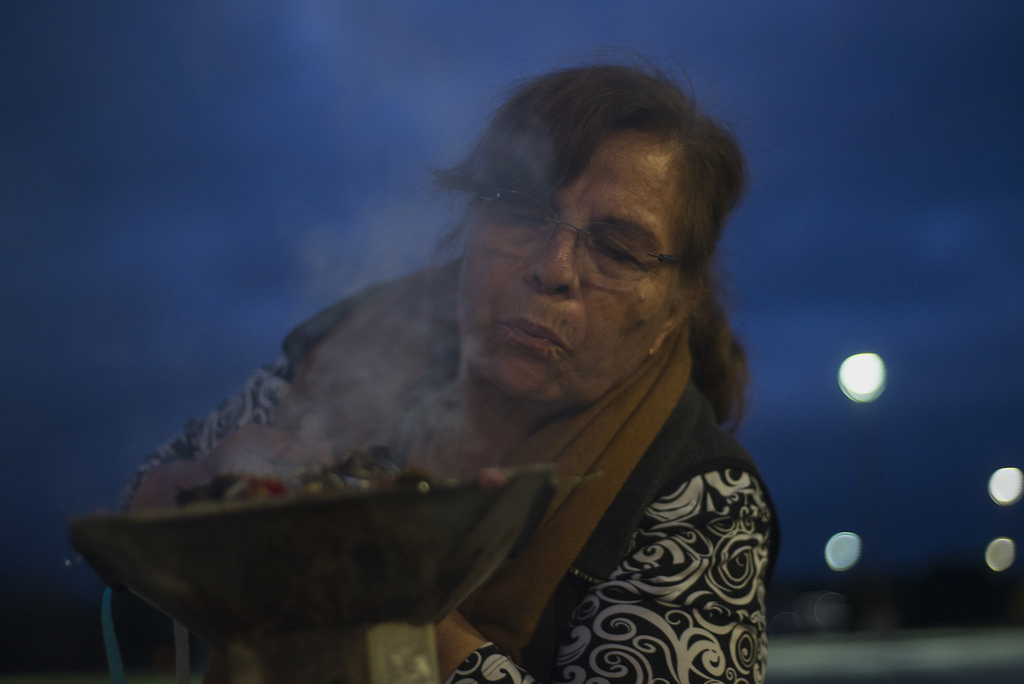 As I chat with Julia Garcia, or Mama Julia as she is known, she lays out the intricate web making up the spiritual culture of indigenous Bolivian people. Their traditions, she explains, blend together Quechua spirituality with Catholicism. When the Spanish missionaries brought their religion to Bolivia, the native people resigned themselves to accepting this new religion by overlapping it with their own customs. All Hallow’s Eve combined with the Quechua Mast’aku as a day to respect the dead, La Chakana is an Andean symbolic cross that was easily tied to the Crucifix, and Quechua spiritual mourning ceremonies include a Catholic Mass.

Julia is eager to offer information, explanations, and theories to anyone interested in learning about the culture of her people. She is a historian and mentor for the large Bolivian Quechua population residing in Northern Virginia. Julia is working on a book of Quechua history and customs in order to give her community, so far away from Bolivia, some guidance on continuing these traditions. She is very proud of the Quechua people for their cultural resilience all these years since colonialism, and feels it is her duty to fortify their traditions here in Virginia.

One of the most important concepts in Quechua culture, Julia tells me, is the idea that life is a transition, not an end. When someone dies, the spirit of this person stays in your home for nine days as it slowly moves farther away. In Bolivia, a death is announced by knocking on all doors of the community. Ayni is a social code that indicates reciprocity and mutual help, both material and spiritual, among neighbors. The women come over and start cooking while the men begin cleaning the house. The dead cannot feel sad and alone, so the community must stay awake all night to keep the body company. After a burial with the Catholic priest, the clothes of the deceased are washed and offered to neighbors as a sign of deep honor and respect. Each night a candle is lit while the community waits for the spirit to move on.

As a child, Julia learned from her community how to participate in these rituals. However, it was not until she met a spiritual master, Don Juan, that she truly began to understand the meanings behind the customs. After her mother passed away, Julia felt a negative presence causing many misfortunes in her life. Don Juan taught her how to get rid of Jap’eqa, a suffering spirit that grabs at you. They performed together the Qu’oa, a burning of special aromatic herbs gathered from the mountains, and the Ch’alla, a sprinkling of libations such as wine, water, or Chicha, a homemade liquor produced from maize.

In Bolivia, Julia avidly searched for a deeper understanding of all facets of Quechua culture. As the radio personality Juliana, she hosted a popular Quechua-language radio program. Julia was invited to participate in a sociolinguistic investigation of Quechua language in small Andean villages. People instantly recognized her by her voice as they called out “It’s Juliana!” They invited her into the community and taught her the folk dances and music native to the mountains. Upon moving to Virginia, Julia was excited to showcase these dances and organized a Bolivian folkloric dance group which has now been performing for 20 years.

Violeta Palchik is a graduate student in Folklore at George Mason University who has worked extensively with the Virginia Folklife Program.