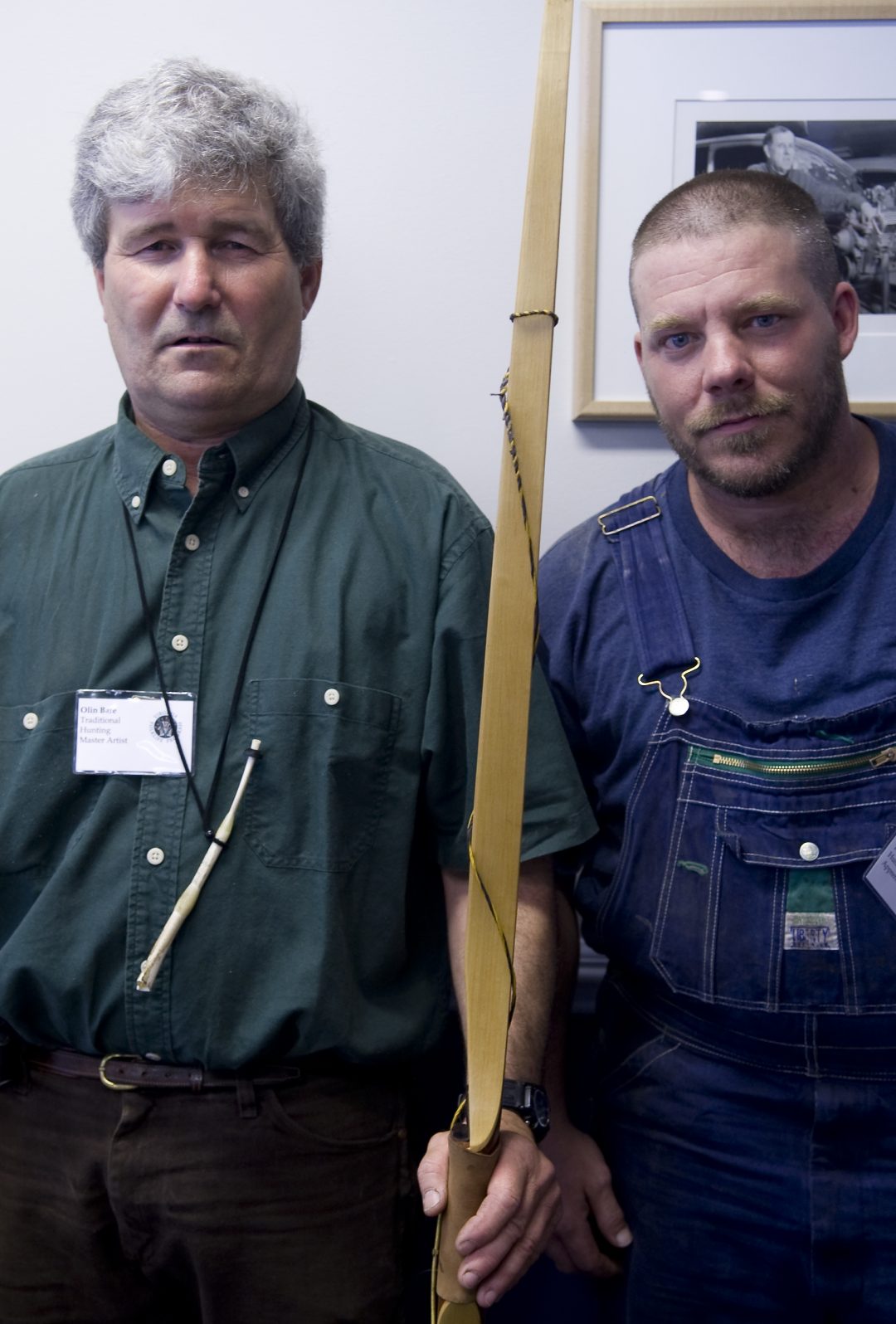 There is a long history of traditional hunting in Rockbridge County and throughout Virginia. Olin Bare’s family traditions including hunting methods have been faithfully handed down ever since his family settled in Virginia early in the 1800s. Olin is now passing these traditional methods on to his apprentice, Bruce Watts, including the arts of scouting hunting lands and tracking game by horseback; working with various breeds of hunting dogs; hand-crafting hunting calls using such natural materials as tortoise shells, slate, and turkey wing bones; and butchering and cooking game. Olin has become one of the most sought-after hunting guides in Rockbridge County, keeping these traditional arts vibrantly alive.