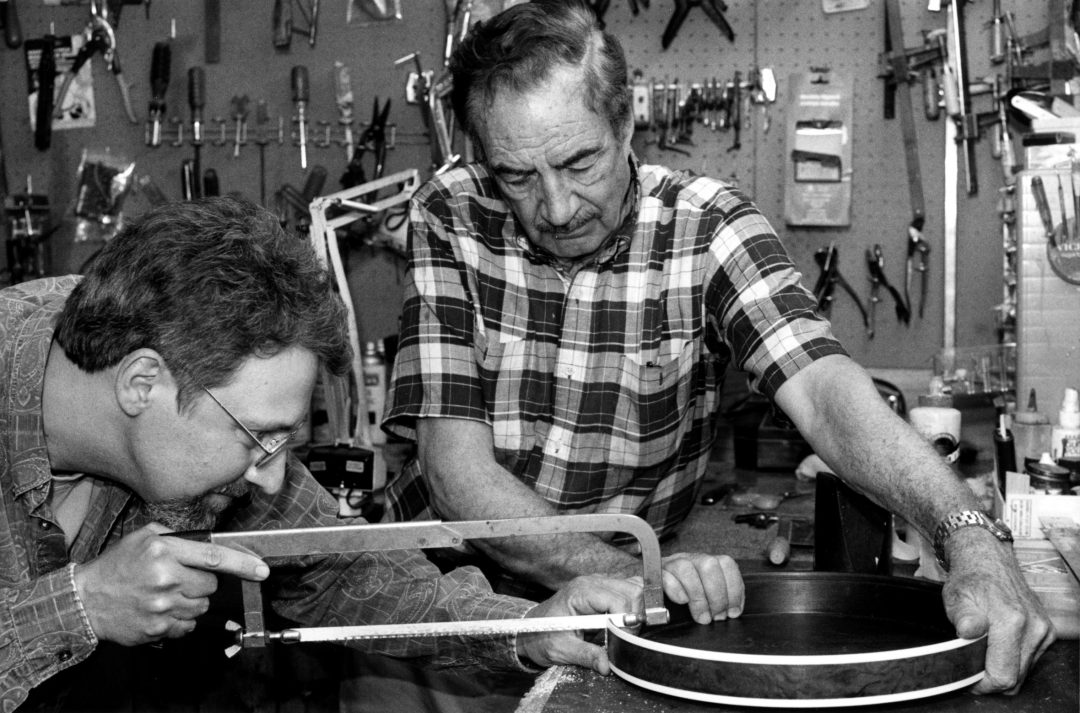 The Folklife Apprenticeship Program includes various styles of banjo playing, so it was a natural fit to add one in banjo making, along with the invaluable skill of vintage instrument repair. Olen Gardner grew up among a host of instrument makers, and has been developing his craft ever since. Olen constructs bluegrass and old-time banjos, guitars, and the occasional violin. He is a fine banjoist in his own right, having worked with the great Charlie Monroe early in the 1950s. A former toolmaker, Olen has developed numerous tools specifically designed for the construction and repair of stringed instruments. For the past decade, he has served as one of the few authorized repairmen for Martin Guitars, and musicians from all over the world entrust him with their treasured instruments. He has used his apprenticeship to pass his knowledge along to local musician and craftsman Ross Matthews.

You know, when you’re fixing something for somebody, you usually have a bit of leeway when it comes to doing this or doing that. But when you’re working on someone’s instrument, it’s a totally different kind of thing. It’s like you got their heart in your hands.
-Olen Gardner