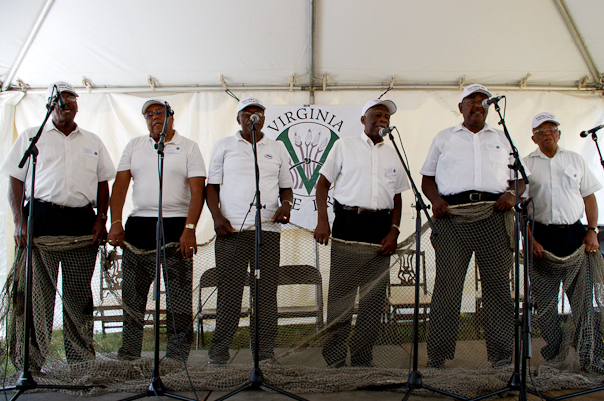 Menhaden fishing has been a significant economic engine on Virginia’s Northern Neck since shortly after the Civil War. Menhaden are bony, oily fish in the herring family. Unfit for human consumption, they have many practical uses in products such as fertilizer, animal feed, paint, cat food, and fingernail polish. Reedville, Virginia, has long been the center of the menhaden processing industry, although the industry has declined in recent years. Menhaden travel in large schools and are most efficiently caught in nets. Traditionally the work of pulling up these large, heavy nets was carried out by predominately African American crews, who hauled thousands of tons of menhaden every year. Drawing upon the deeply-rooted African American work song tradition employed for many types of manual labor, the workers accompanied the back-breaking hauling with call-and-response-style singing. These work songs, known as chanteys, provided the net workers with energy, camaraderie, distraction, and spiritual encouragement. In the mid-twentieth century, the introduction of hydraulic power blocks to pull up the nets began replacing the large fishing crews, eclipsing the unique music tradition that accompanied their work. The African American tradition of chantey-singing is being kept alive by the Northern Neck Chantey Singers, former watermen who perform around the country. We are fortunate that six of the members of this group still sing regularly. Led by Dr. Elton Smith Jr. of Shacklefords, Virginia, the Northern Neck Chantey Singers also feature Edward Taylor, William Muse, Lloyd Hill, Christopher Harvey, and James Carter. They have apprenticed new member Lewis R. Blackwell Jr. 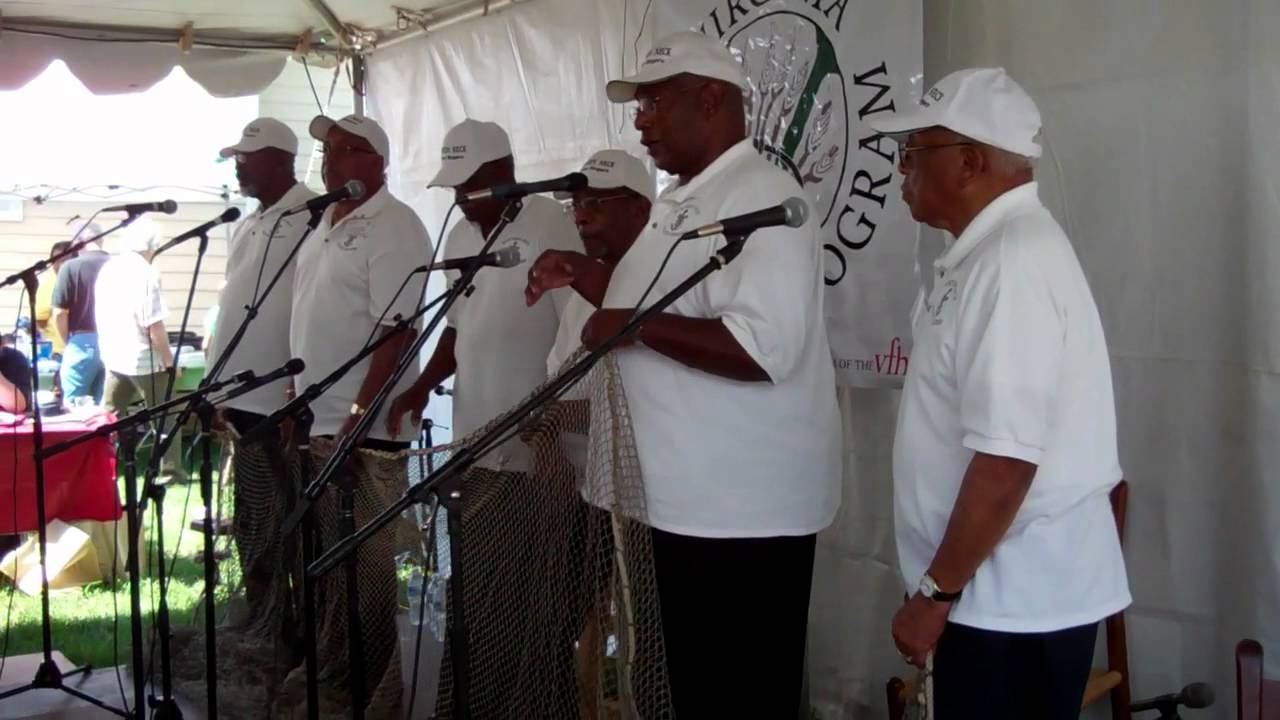