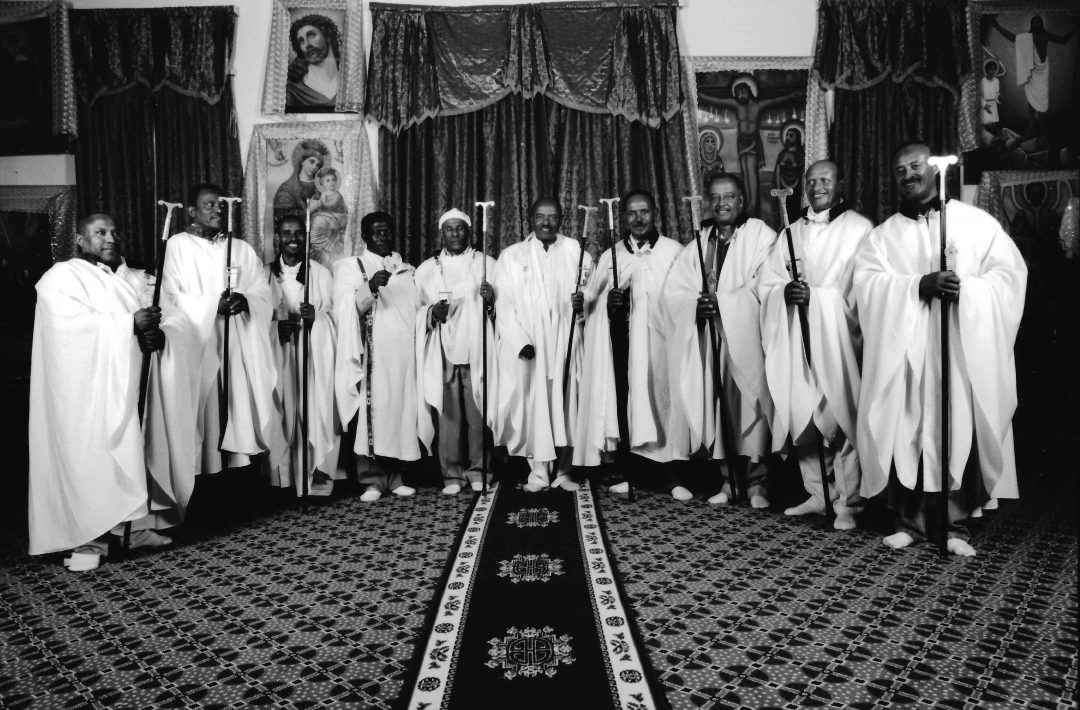 The Ethiopian Orthodox Church is the oldest of all Eastern Christianities. A defining characteristic of the Ethiopian Orthodox Church is the elaborate singing or chanting which takes place often for hours before the service. The son of an accomplished church musician, Moges Seyoum began his musical education in Ethiopia at the age of eight. He soon became an accomplished singer himself, and an expert in the various genres of Ethiopian Orthodox Christian chant, sacred dance, and associated instrumental practices. When he arrived in the United States in 1982, he joined the quickly growing Ethiopian communities of Washington D.C. and Northern Virginia. He already could perform from memory the complete Ethiopian Psalter, as well as other liturgical books such as the Ethiopian Hymnary. In 2006, he recorded and published a collection of six CDs containing the most complicated musical sections for the annual liturgy. Moges is also an expert on the Ethiopian Christian notational system, the only indigenous system of music writing in Africa, which has 600 signs. He is viewed as the master of an elaborate style of movement of the prayer staff (takla), and is known as the only such practitioner living in the United States. He leads the performance of the musical liturgy at the Debre Selam Kidist Mariam Church in Washington, D.C., at services that are often attended by more than 2,000 worshipers. Moges has taught many members of the church the ancient songs of St. Yared, written in the sixth Century. One of his finest students, Bililign Mandefro, has served as Moges’s apprentice.