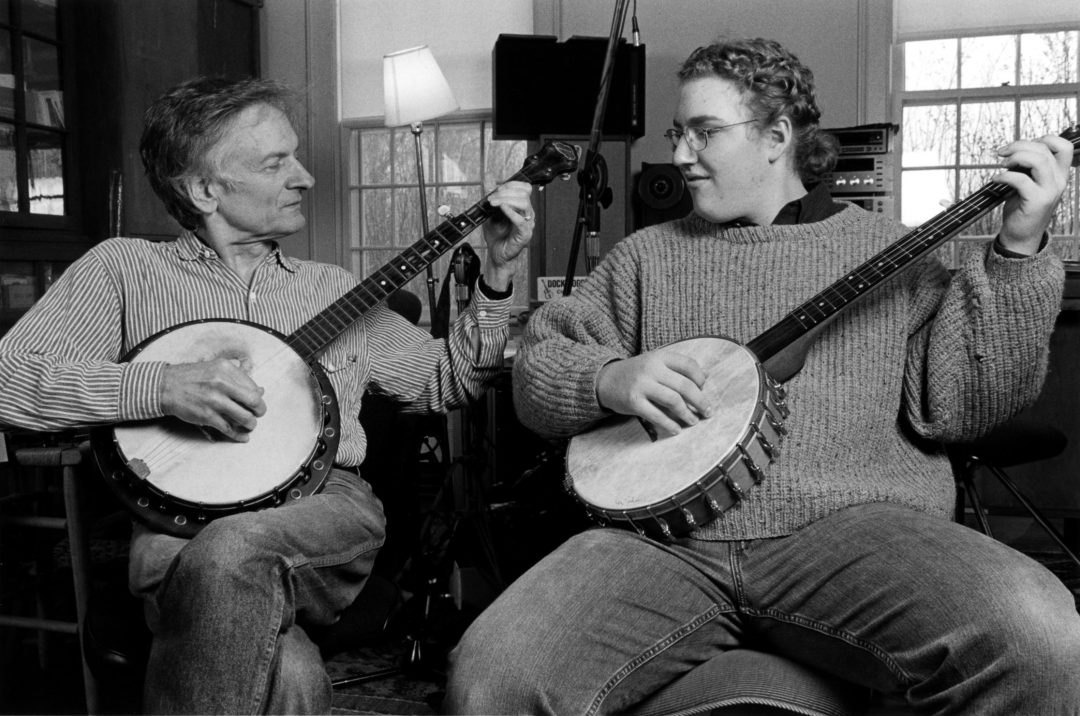 Mike Seeger has devoted his life to singing, playing, studying, teaching, and documenting the old-time music of the southern Appalachian Mountains. Over the years, Mike has absorbed a wide range of traditional styles of music through direct association with master musicians such as Elizabeth Cotten, Maybelle Carter, Dock Boggs, and many others. He is a founding member of the vanguard old-time string band, the New Lost City Ramblers, which was formed in 1958. Making his home in Lexington, Mike has long been of the area’s most beloved musicians. In 2006 he was honored with a Lifetime Achievement Award from the National Folk Alliance. His young apprentice, Seth Swingle, is a gifted banjoist and accomplished musician in his own right.

It has been the mission of my life to preserve this music in a living way. It is valuable and continuing heritage that is being threatened by the mass media. We have to to extra lengths to give it a boost, which is one reason that things like the apprenticeship program are so important.
-Mike Seeger