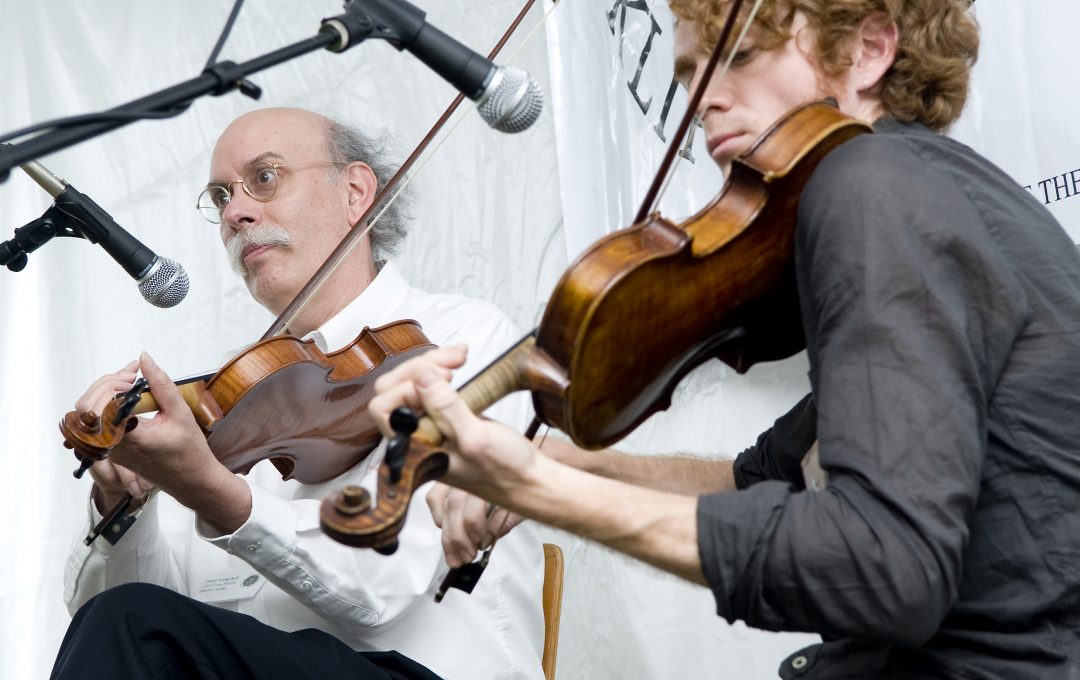 The early folk song collecting expeditions of Cecil Sharp and others informed the rest of America about the remarkable breadth of fiddle tunes in southern Appalachia, many of which closely resembled songs collected in the British Isles generations earlier. Still serving as a main source of dance music and the competitive focus of a vibrant network of “Fiddlers Conventions,” old time fiddling continues to thrive in Southwest Virginia. Since his childhood in the Shenandoah Valley of Virginia, master fiddler Mark Campbell has traveled around the region, collecting and playing the old time music. He learned bowing and picking styles from some of the giants of the last generation of great musicians of North Carolina, Virginia, and West Virginia, including Melvin Wine, Tommy Jarrell, Ernie Carpenter, Pug Allen, and many others. Over the years Mark has become quite an accomplished fiddler himself, having been named the 2001 Champion Fiddler at the Appalachian String Band Festival at Clifftop, West Virginia, and the two-time champion of the State Fair of Virginia fiddle contest. Now living in Richmond, Mark is also sought out as one of the genre’s greatest teachers, and he has chosen two of his most promising young students, Isaac Akers and Barrow Wheary, for a more extensive apprenticeship.