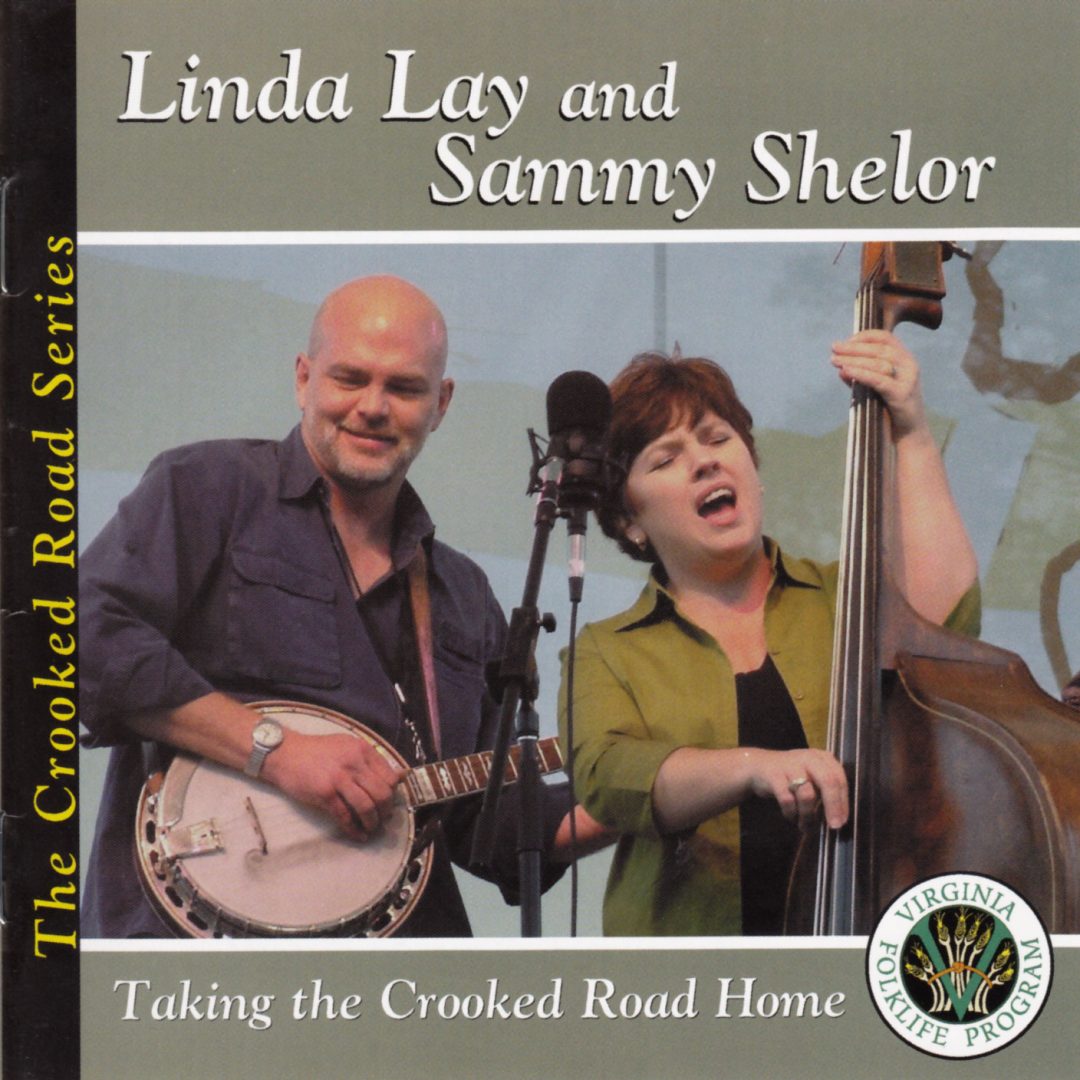 Linda and Sammy come from legendary musical communities on Virginia’s Crooked Road. The Meadows of Dan and Clayman Valley are tiny mountain places separated by 150 miles of hairpin turns, old mills, crossroads stores, mom and pop eateries, and towns with one stop light or none, but only 90 miles by the way the crow flies.

This is their first recording together, but Linda and Sammy share a legacy of music that binds them to place and family.  “Someone asked, ‘How long have you known Sammy?’” Linda tells. “I don’t like to think about it, that would tell my age. “David and I feel like we have known him forever.”

Sammy is from the Meadows of Dan, an achingly beautiful spot where a branch that becomes the Dan River rises, and begins its tumble down the escarpment of the first wave of blue mountains. This is Patrick County, named for Patrick Henry, a fiddler, Virginia governor, and architect of the American Revolution.

The seat of Patrick County is tiny Stuart, named for Major General James Ewell Brown (JEB) Stuart, a famous calvary leader during the Civil War. Reared here, Stuart is perhaps the greatest fan the banjo has had.  He kept a banjo player on this staff (Sam Sweeney, younger brother of Joel Walker Sweeny), had a string band during the war, and was lead singer. He rose from Captain to Major General in two and a half years, before being killed in battle at age 31. Sweeney also died during the war. But their songs are known. Sammy almost burned down the studio with a version of Angeline the Baker, a melody kept for them in Patrick County.

Nine families have dominated Patrick County music since Revolutionary times. The Shelors are one of the families, but Sammy is also related to several others. The families are not of one ethnicity; they are German, English, Ulster Irish, and there is one African-American family.

Some of Sammy’s older relatives were recorded for Victor in 1927 by Ralph Peer at the famed Bristol Sessions, which also produced the first recordings by the Carter Family and Jimmie Rodgers. These recordings were led by banjoist and singer Joe (Dad) Blackard, a brother of Sammy’s great-grandma, and an artist born before the Civil War. Performing with him were the Shelor Brothers and his daughter, Clarice Blackard Shelor. Clarice lived to a ripe old age, and when Sammy began to be noticed as a banjo player at age 7, he was taken to play with Aunt Clarice. He still recalls her powerful rhythm: “She rocked the house.”

Among the Patrick County musicians Sammy revered when growing up were members of the Foddrell family, black musicians, storekeepers, farmers, and one of the famed nine musical families. Turner and Marvin Foddrell played bluegrass, old-time, and jazz on banjo and guitar. Their father, Posey Foddrell, could play any instrument, and was a fine dance fiddler. “I wish everybody could have seen and heard them,” Sammy says.

Linda grew up in Clayman Valley, a tiny community named after her family in Bristol. She is a Clayman reared in a family band kept by her father, mandolinist Jack Clayman, and his brothers and sisters. Like Sammy, Linda learned her music in a family that kept songs and tunes from old-time, bluegrass, gospel, and traditional country sources. Her dad sings and he took her to the places where the local musicians gathered. He loved the founders of the music, and he took Linda to see them and perform with them.

Among her inspirations and dearest friends were Jeanette and Joe Carter, son and daughter of A.P. and Sara Carter of the original Carter Family. Their Carter Family Fold, a barn-like performing place, is at the Carter home place at Hiltons in Scott County, a few miles to the west of Clayman Valley. Linda began going to the Fold as a child, and spent her teen years there, enjoying Jeanette’s hugs and Joe’s wonderful jokes.

The Fold was also one of the first places where Linda performed with her band, and she was able to meet scores of fine musicians who come by this holy place of country music almost every week.  Bluegrass was born in this region, and all its heroes have left tracks here. Linda made her mark first as a child as a flatfoot dancer, but her father soon had her performing on guitar, later learning the bass from the local fiddling barber, Gene Boyd. She also took up and mastered the autoharp. She can plays mandolin as well. She became a musician’s musician, able to hear and instantly fix almost any musical problem, a favorite at the jam sessions that are a mainstay of music everywhere along the Crooked Road.

She was a founding member and played for twenty years with Appalachian Trail, an innovative string band, and became its featured singer. David Lay is among the brilliant musicians she met in those years, and the one that impressed her most. Their marriage is full of love and harmony; their voices blend beautifully in a duet, and he is her favorite rhythm guitarist. It was David who encouraged her to venture out to tour with other musicians, and he is always beside her.

Both Linda and Sammy love good stories; they are as prized as good melodies along the Crooked Road. So they looked for good story songs, some to lift the spirit, some to raise the hair. They found both, and great songs about places and real history as well. They sat with David and his guitar, talked arrangements, and decided which of their many musical pals would most enjoy sharing a ride on the Crooked Road. So they called Jeff, Ron, and David McLaughlin and the session that ensued does honor to all the musicians, melody makers, and writers who have walked the Crooked Road. I hope you enjoy it.