Legendary Ingramettes: Take a Look in the Book – album out now 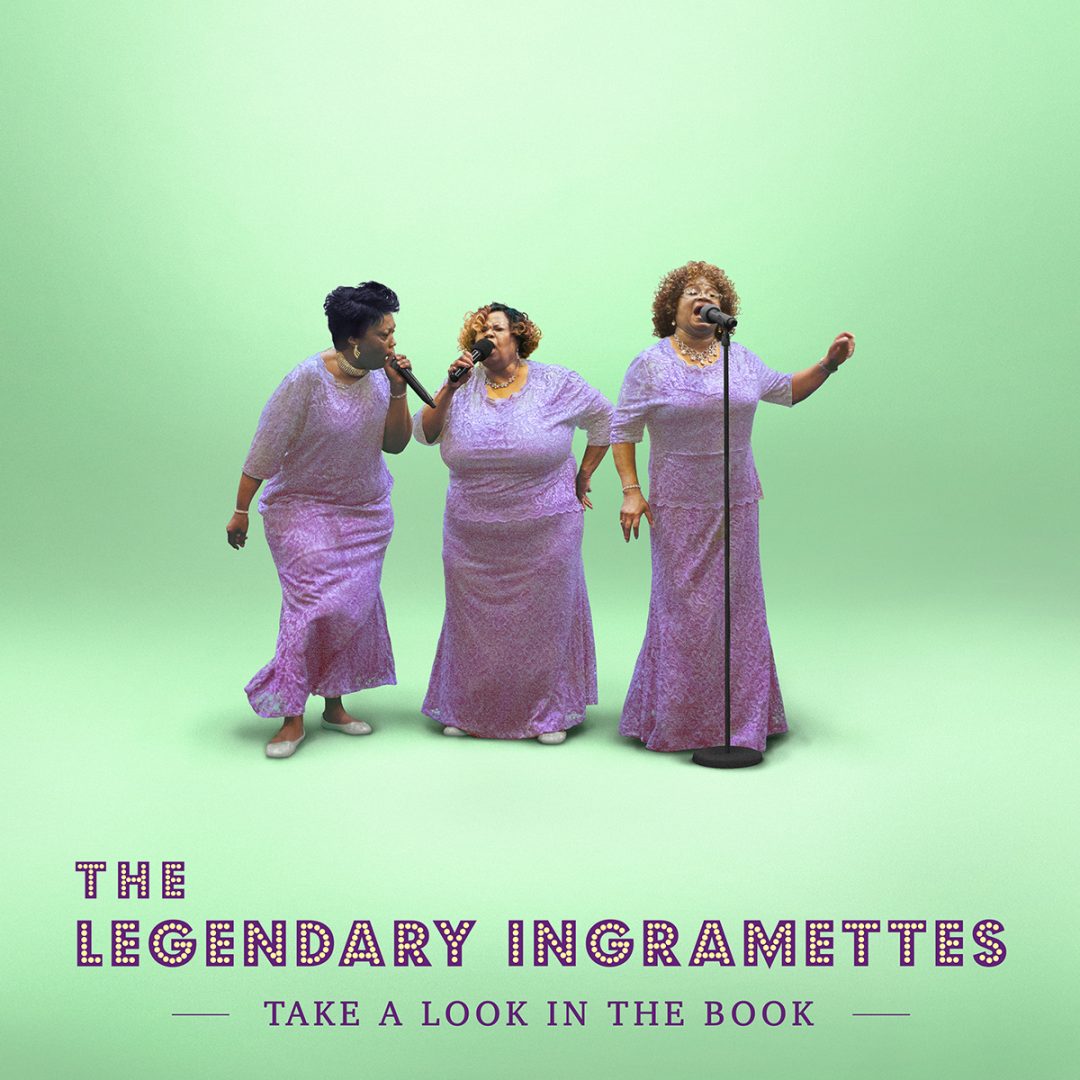 The Virginia Folklife Program is so proud to announce the release of Take a Look in the Book, the new album from The Legendary Ingramettes.

Six decades of music, sixty-five years of song, generations tied together through the force of will of a matriarchy of powerful women. This is the story of The Legendary Ingramettes, founded by Maggie Ingram (who passed away in 2015) as a way to keep her family together through hardship, and taken up by her daughter Almeta Ingram-Miller as a way to continue Maggie’s legacy. Inspired by the black gospel male quartets of the 1940s and 50s, The Legendary Ingramettes bring roof raising harmonies and explosively powerful vocals, all driven by the voices of women. Based for many years out of Richmond, Virginia, they were led by the indomitable will of the woman they all called “Mama,” but now that Mama is gone, Take A Look in the Book is the group’s first efforts with Almeta at the head. The album showcases Almeta’s bold new vision and towering vocal abilities, drawing songs from new Appalachian sources like Ola Belle Reed and Bill Withers, and reworking family favorites, some of which date back to old spirituals. Produced by state folklorist Jon Lohman as part of the Virginia Folklife Program at Virginia Humanities, Take A Look in the Book was recorded over just three days in Richmond, with most songs being cut in one take to keep the power of the group’s incendiary live performances. A live show from The Legendary Ingramettes is a house-rocking affair, with audiences literally whipped to a gospel fervor, and the recording seeks to capture the electrifying nature of the group’s performances.

Maggie Ingram created The Legendary Ingramettes to spread the gospel, but she also created the group to save her family. After her husband abruptly left, she raised her kids on her own and turned to music to provide for the family. Without any childcare options, each kid had to sing no matter the age in order to tour with the family. “When other kids were outside playing and having fun and being kids, we were sitting in a circle at the house and she was beating a stick in time and teaching us to sing,” Almeta says. Raised in song and showcased on the stage, African American gospel music was all around the children. “The gospel greats like the Soul Stirrers, the Dixie Hummingbirds, The Mighty Clouds of Joy, these are people we got a chance to meet and know and who developed a lifetime of friendships and relationships with us,” Almeta says. “We grew up singing on programs with them.”

Moving to Richmond, Virginia in the early 1960s, the family found themselves at the center of the civil rights movement. Maggie Ingram worked as a housekeeper for Oliver Hill, the civil rights lawyer who helped end the doctrine of “separate but equal.” The family even got to meet Dr. Martin Luther King when he toured through Richmond. But the family also realized that Richmond was the capital of the confederacy during the Civil War, a hard legacy. Though everyone “knew their place” in Virginia in that era, “that wasn’t Mama’s way,” says Almeta. “I don’t think she even understood that just by trying to do the right thing, it thrust her in the middle of a lot of social justice issues.” The Legendary Ingramettes have built their home base in Richmond for the many years that followed, to the point that Almeta, now an ordained reverend, is a founding member of her home church, and lovingly shepherds The Legendary Ingramettes as her own congregation. Throughout, The Legendary Ingramettes have used music to tell their family’s story, but also to connect to others going through similar stories of hardship and triumph. “It’s hard to connect with people if you’re not sharing some of yourself,” says Almeta. “And that was always important to Mama. It wasn’t about the money. It was about knowing that we’ve done some good. That something that we’ve said made a difference, and when someone leaves our concert, their heart is lifted and their life is better for having spent time with us.”

Now that she’s taken on the mantle of matriarch for The Legendary Ingramettes, Almeta Ingram-Miller found herself looking back more and more while making Take A Look In The Book. “The legacy my mother left us was an incredible and inherent faith that wasn’t complacent. Who could have imagined what we’ve gone on to do with this music? I will absolutely continue the good work that God began with Mama, but I want to take this even further,” Almeta says. “That’s what this album represents.” Along with family classics and favorites like “When Jesus Comes,” which Almeta’s been singing since she was a child, and opening song “The Family Prayer,” she’s also brought in new songs from her travels.

“A lot of the album came from experiences The Legendary Ingramettes had through the Virginia Folklife Program at Virginia Humanities,” says producer Jon Lohman. “We think that music is a way to build bridges and something that the world needs now. Arts show the best of ourselves to one another.” Meeting the Whitetop Mountain Band in Galax, Virginia, Almeta heard the haunting song “I’ve Endured,” written by Appalachian mountain musician Ola Belle Reed. “The story of that song so parallels my mom’s life,” says Almeta, who went on to transform an Appalachian classic into a nearly eight minute spiritual masterpiece. Thinking back to her grandmother on the porch of her rural shack in Georgia with a shotgun on her lap, Bill Withers’ classic “Grandma’s Hands” takes on new meaning for Almeta. Inspired, she wrote a new final verse to the song about her own grandmother and her experience picking cotton until her fingers bled. “You take all of that, and you put it in the music,” as she says.

“When I sing, I’m singing out of the experience that I have. Out of my total experience. I still see that young girl sitting in the car, and Mama’s about to pull into a service station in South Carolina. Knowing at eight years old what ‘whites only’ means. When I sing, it’s from that place. That hasn’t been the experience with all of my group members because they’re younger than I am. They are the generations that have joined me on this incredible journey. They haven’t experienced what I’ve experienced. That’s the legacy that Mama has left for us. Never forget.” 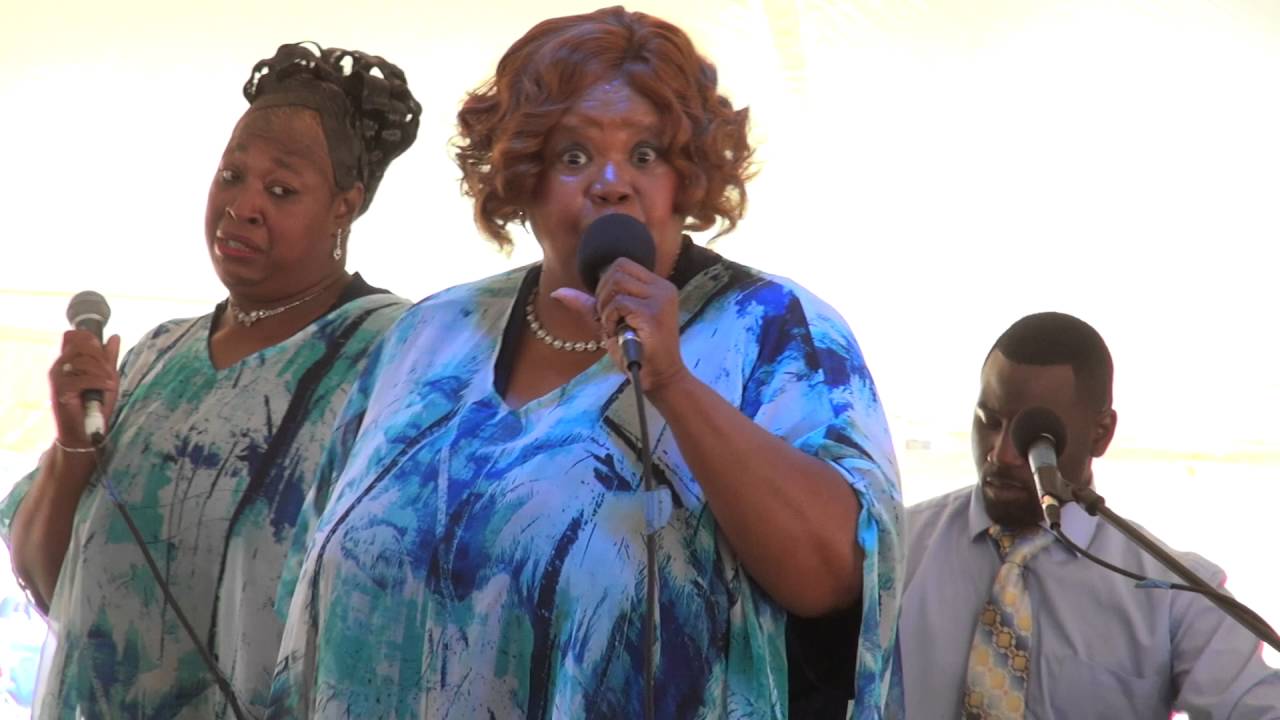 3 Comments on “Legendary Ingramettes: Take a Look in the Book – album out now”