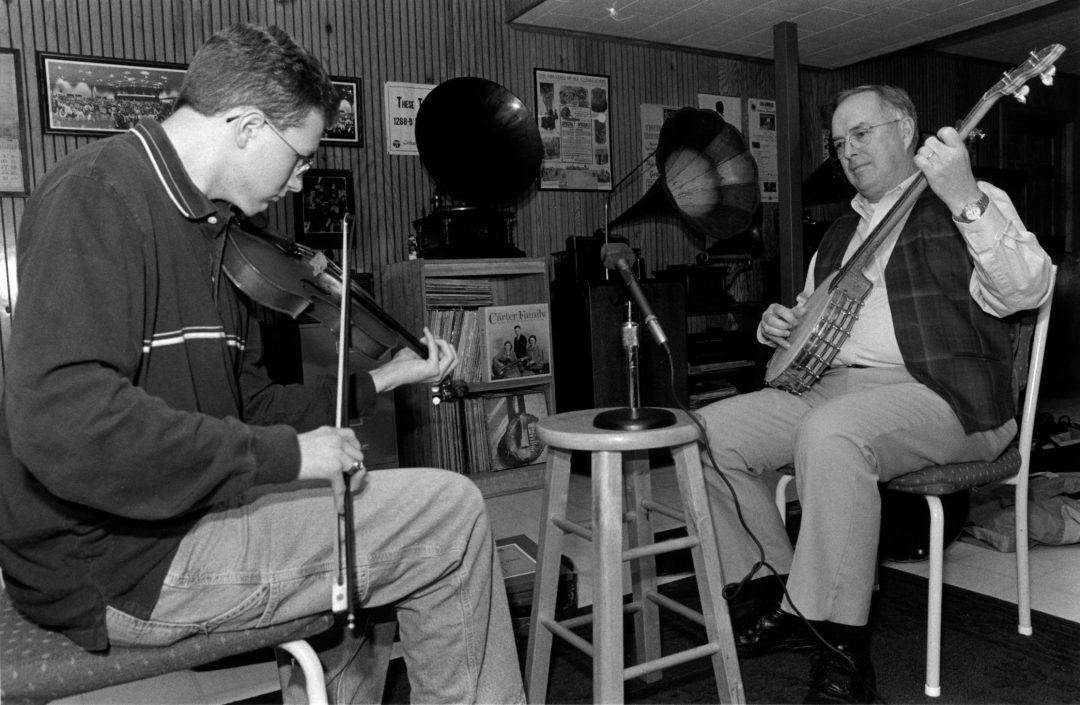 Kinney Rorrer is considered the premiere scholar and performer of the three-finger banjo style first popularized by the great “North Carolina Rambler,” Charlie Poole. “Three-finger” banjo playing consists of deftly inserting a series of “rolls” or finger patterns into the playing of old-time music tunes. Kinney is uniquely situated to teach Poole’s style—he is a descendant of Poole and the grandson of Poole’s legendary fiddler Posey Rorer. Kinney grew up deeply immersed in old-time music, and has become one of its foremost ambassadors. He delights and educates listeners every week with his weekly mountain music radio program Back to the Blue Ridge. He is also an avid collector of classic and rare 78-rpm recordings and vintage instruments. Kinney taught his gifted young apprentice, Jeremy Stephens, using the same banjo with which Poole made his final recording, The Milwaukee Blues.

My mom and dad told me that when I was about eighteen months old my dad always kept a fiddle on the top shelf of his office closet, and I knew it was up there… and I used to beg and beg and beg for him to bring it down. And when he did, they said I didn’t act like an ordinary kid. They said I would hold it and just kind of look at it, instead of banging it around or whatnot. They said I was real gentle with it. I guess that was the first sign of my interest in music.
-Jeremy Stephens