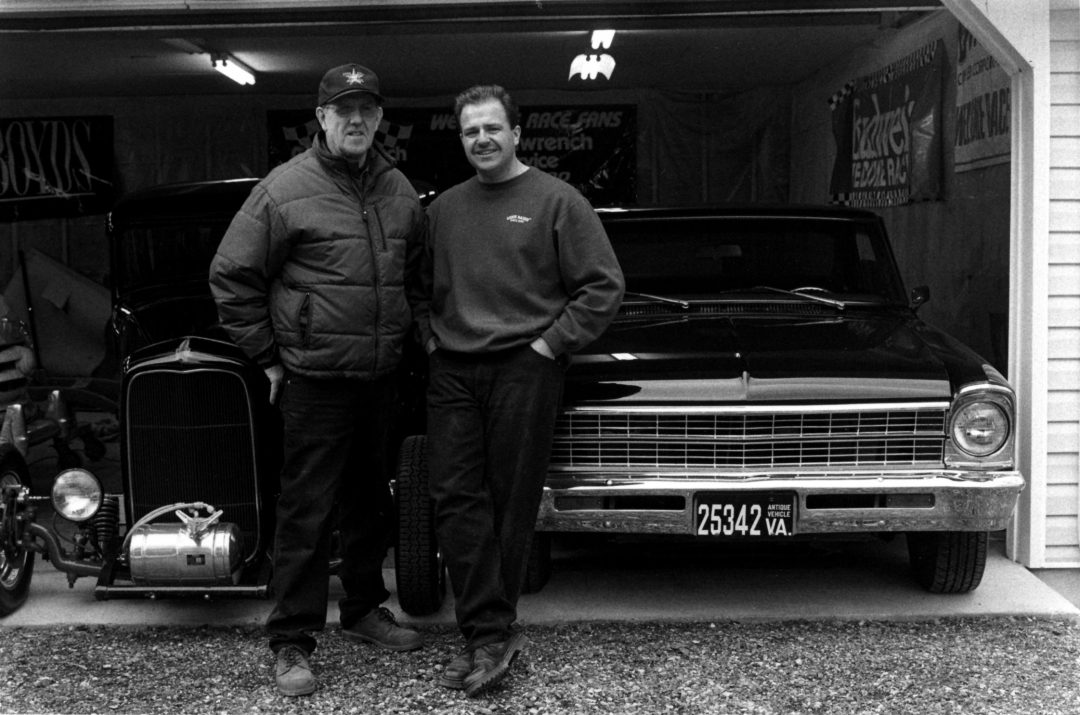 Ever since the automobile has been mass produced by the assembly lines of Detroit, it has been revised, altered, elaborated, and reconstructed in small garages and car shops throughout America. The historic practice of creating visually dynamic “hot rods” is particularly rich in Southwest Virginia, where many automobiles were “souped-up” as part of the bootlegging tradition, and where car clubs have, and continue to thrive as an important social network. John Rinehart’s family moved to Roanoke in 1953, when he was ten years old. Several years later, John made his first run down the Roanoke Drag Strip, where he won the regional soap box derby, and cemented his lifelong passion for the automobile. John went on to learn the hot rod rigging tradition in the garages of many of the city’s finest masters, and his apprenticing of accomplished car customizer Don Fitzgerald represents a critical link in this traditional chain.

When you’re driving one of these cars, it seems like everyone’s looking at you. It draws a lot of attention. Is this something you enjoy?

Oh, definitely. When you’re coming up the road, you get the “thumbs up” all day long, and you can tell you’re bringing back memories. Like my neighbor, he’s an older gentleman, probably in his late seventies or early eighties. And when he seems me take this out of the garage, he just stops and stares. And I can tell he’s thinking back to when he used to drive these cars. Maybe it takes him back to sitting in the back seat, riding with his parents, things like that. That’s what it’s really about for me, more than the notoriety part of it.

But it is fun. Don’t get me wrong.
-Don Fitzgerald