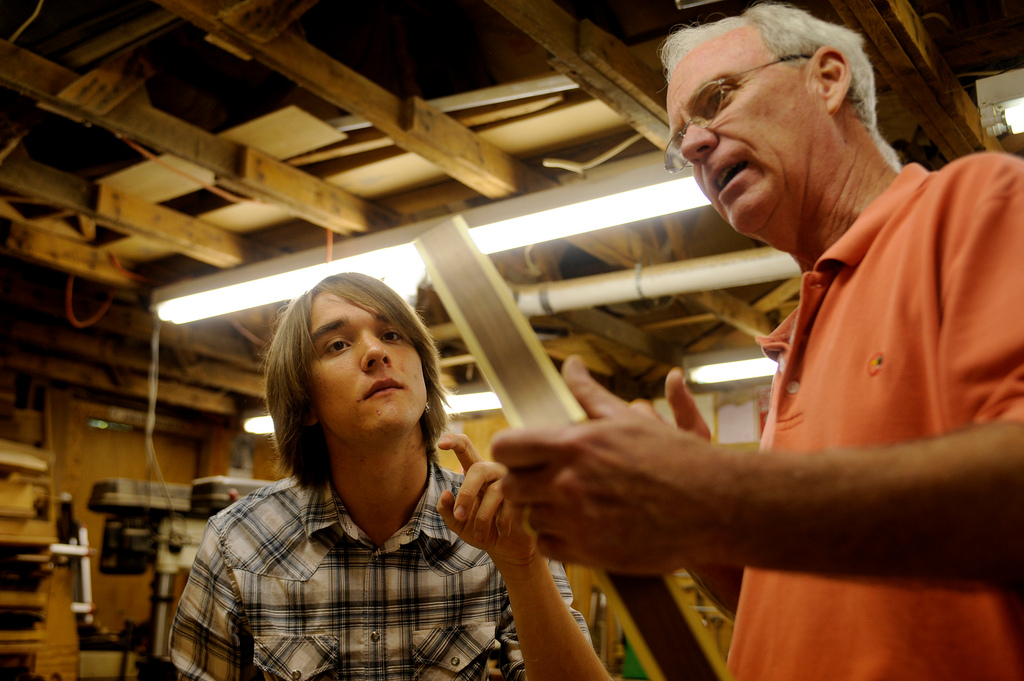 Patented in 1881 by German instrument repairman Charles Zimmerman, the autoharp first reached popularity in the United States as a novelty instrument. By 1900, by the time the fad had passed, the autoharp had found an enduring home in the southern mountains, whose residents were able to purchase them affordably through large mail order companies such as Sears Roebuck and Montgomery Ward. As has been the story of many instruments in the Shenandoah Valley and the Southern Appalachians, many residents took to making their own instruments. A Christiansburg native, John Hollandsworth grew up listening to friends and relatives play stringed instruments, developing his own autoharp style which incorporates both chromatic and diatonic techniques. John began repairing autoharps more than thirty years ago and made his first complete instrument in the early 1990s. Today his “Blue Ridge Autoharps” are recognized as some of the highest-quality custom-made autoharps in the country. Known for his fine playing as well as for instrument building, John was the first winner of the prestigious Mountain Laurel Autoharp Championship in Pennsylvania, and has been named “Best All-Around Performer” at the Galax Old Fiddlers’ Convention three times, the only autoharp player ever to win this recognition. John’s Apprentice Sam Gleaves is also a fine player, with a deep interest in learning to build the instrument.