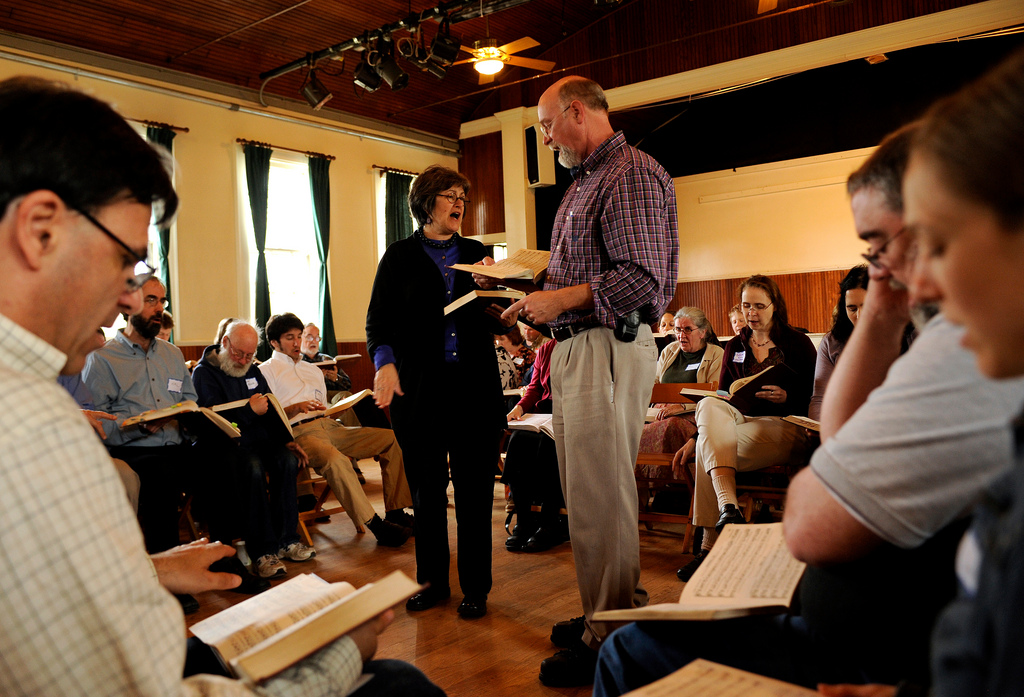 John del Re and Kelly Macklin

Shape note singing is a folk art dating to post-Revolutionary War days, when Americans set folk tunes to religious texts using patented shaped notes to facilitate sight-reading. Meant to encourage good congregational singing, the style was taught by singing masters throughout New England. By the early 1800s, shape note singing had spread from New England to the mid-Atlantic region and the Shenandoah Valley, and settled into the Southern uplands about 1840, where it has survived to this day in the form of traditional gatherings where participants sing all day. The style is characterized by several things: four part, a cappella singing with no musical instruments; use of an oblong tune book in shape notation; rotating leadership of songs by anyone in the group confident to lead taking a turn; singing the “solmization” through before singing the words; sitting in a hollow square with the singers facing the center; and day-long or shorter gatherings with a shared potluck meal. John del Re and Kelly Macklin began singing with a group in the Washington D.C. area, holding their first annual two-day convention twenty-two years ago. Since 1990, they have been meeting monthly with fifty singers in Clarke County, and host an annual all-day sing that draws hundreds of people. Apprentices John Alexander and Diane Ober have been leading the Rivanna River Sacred Harp Singers, and consider del Re and Macklin to be among the finest singers in the area.