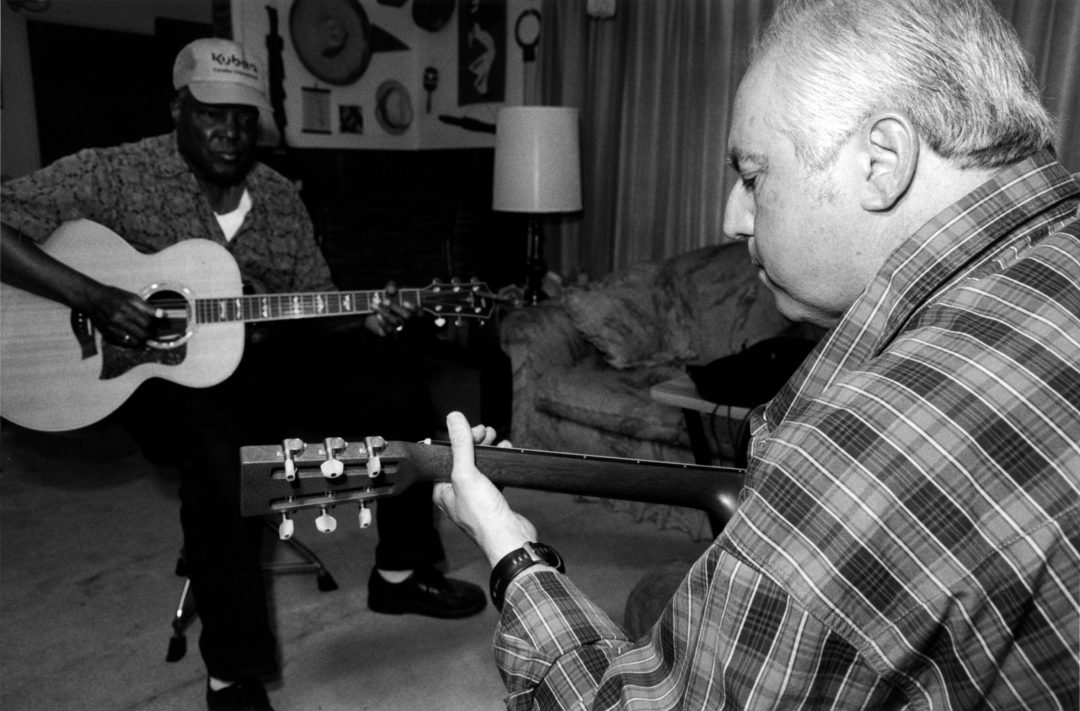 While perhaps not as well known as the Mississippi Delta style, Virginia has long been home to its own style of blues—the Piedmont Blues. And, just as it is in the Delta, the guitar is king of the Piedmont Blues. By far, the most distinctive feature of the Piedmont guitar style is its finger-picking method, in which the thumb lays down a rhythmic bass-line against which one or two fingers pluck out the melody of the tune. Using this technique, the Piedmont guitarist makes a single instrument sound like several, setting up a complex dialogue of bass and treble parts. John Cephas of Bowling Green, Virgina, is without question the world’s foremost Piedmont bluesman. John learned to play guitar from family members and neighbors in Caroline county at the many “colored breakdowns” and house parties that have long been a staple of African American social life in the region. His collaborations with harmonica master Phil Wiggins have been delighting audiences throughout the world for decades, and in 1989 John was honored with the National Heritage Fellowship. John enjoys teaching at guitar camps throughout the country, and it was at one of these music camps that he met his apprentice, Marc Pessar, who he considers one of his most promising students.

Whenever there is a listening ear, that’s where I want to play. I don’t have no preference. If people are there, here I am, so go send me. This is my talent, to play and teach others this technique. This is where my crown of glory comes in. I’ve learned it, I can play it, people hear it, and I can teach it. These blues—this Piedmont style—touched Marc the way it has touched so many. It came from the black community, but has come to affect every ethnic group in the world.
-John Cephas