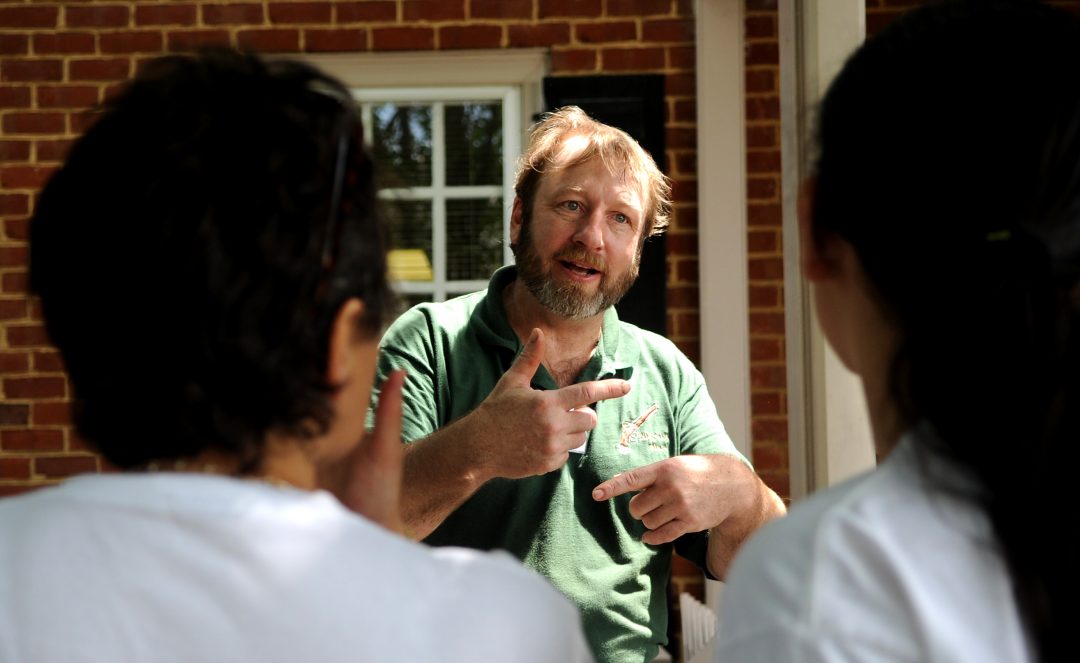 The importation and manufacturing of firearms have been part of Virginia’s history since European settlement. The first documented firearms brought to Virginia in 1607 were muskets equipped with matchlocks, snaphances, or wheel locks. Gunsmithing became an important trade in early America, first with repairs of European built guns, and later with American production. John Buck of Callands, Virginia, is recognized as a fine craftsman who produces accurate reproductions of historical firearms, specializing in seventeenth and eighteenth century matchlocks and firelocks. John builds the guns’ locks and hardware by hand, and is a skilled woodworker, often harvesting the wood for his handcrafted guns from his own farm. He taught his gunsmithing skills to his talented apprentice, James R. Lumpkins Jr.