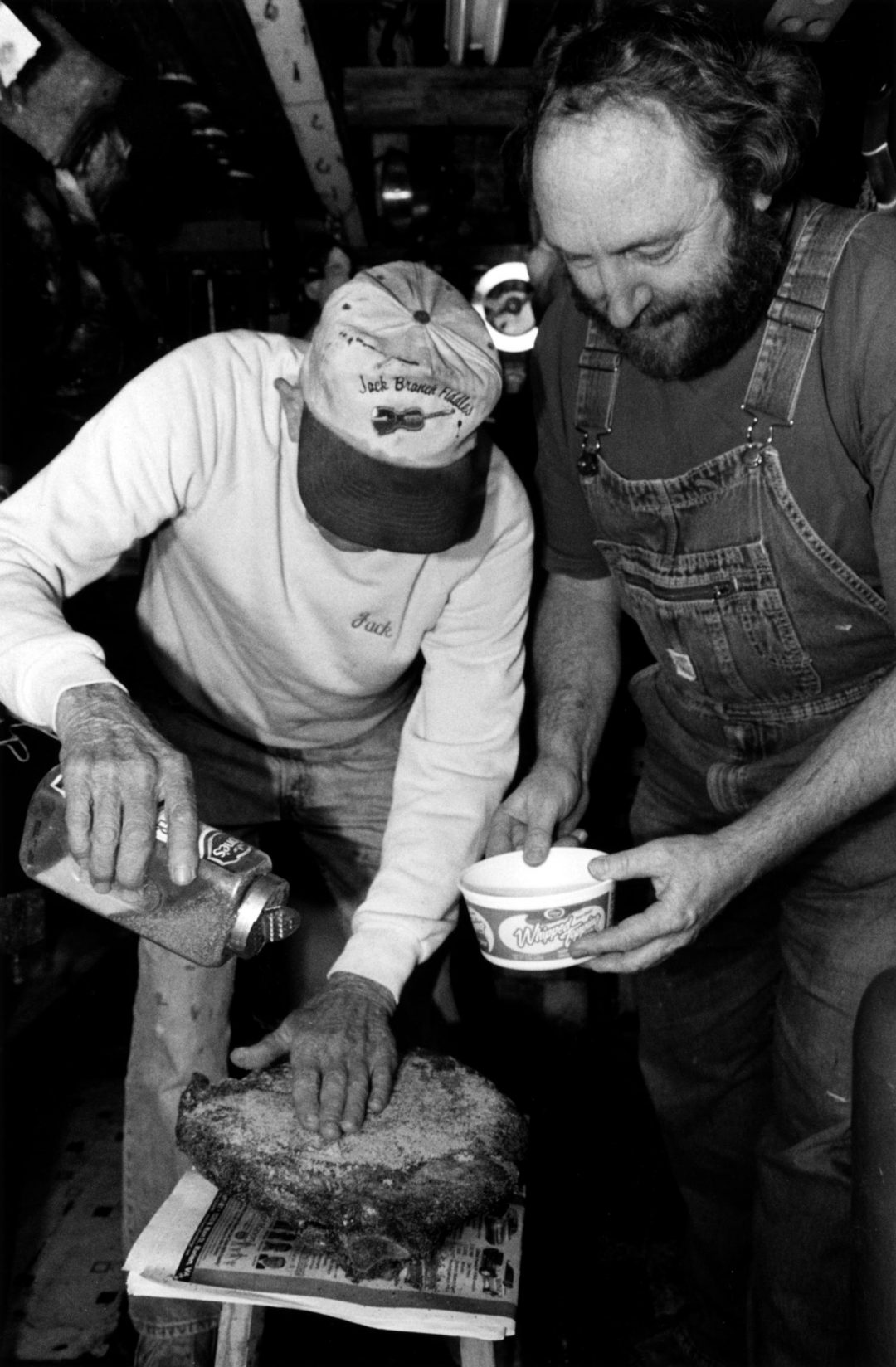 Jack Branch teaches John Maeder some of the steps for curing a country ham. Photo by Morgan Miller/Virginia Folklife Program.

There is probably no other traditional food more associated with Southwest Virginia than country ham. Unlike the more commonly known wet-cured ham, which is soaked in brine or injected with a salt solution, country ham is dry-cured and aged over a much longer period. The curing of fresh pork hams takes nine months, usually beginning in November. The hams are salted, sugared, and peppered at different intervals throughout the process. Jack Branch first learned this process when he was eight years old, watching his father and grandfather cure hams from their family-owned hogs. Jack has honed his ham-curing techniques over the years, with the help of his wife Nannie Branch.

Local music enthusiast John Maeder first sought Jack out because of his reputation as a fine fiddle maker. John returned to the Branches many times to spend time in Jack’s fiddle shop, as well as at their dinner table, where he was often treated to Nannie’s country cooking, and their home-cured hams. John’s appetite led him to spend more time in Jack’s ham house than his fiddle shop, eventually resulting in a ham-curing apprenticeship.

This guy once came to me and asked if I could build a ham house, you know, to start selling them. I said no way. You see, in the end you can’t make more than two or three dollars a ham, so it’s really not worth selling them. But we just love to do it—curing hams, canning, everything. We canned all summer. We got ourselves a dairy full of food, and I reckon we’re ready for the winter. That’s how me and Nannie’s always done it … the old way.
-Jack Branch