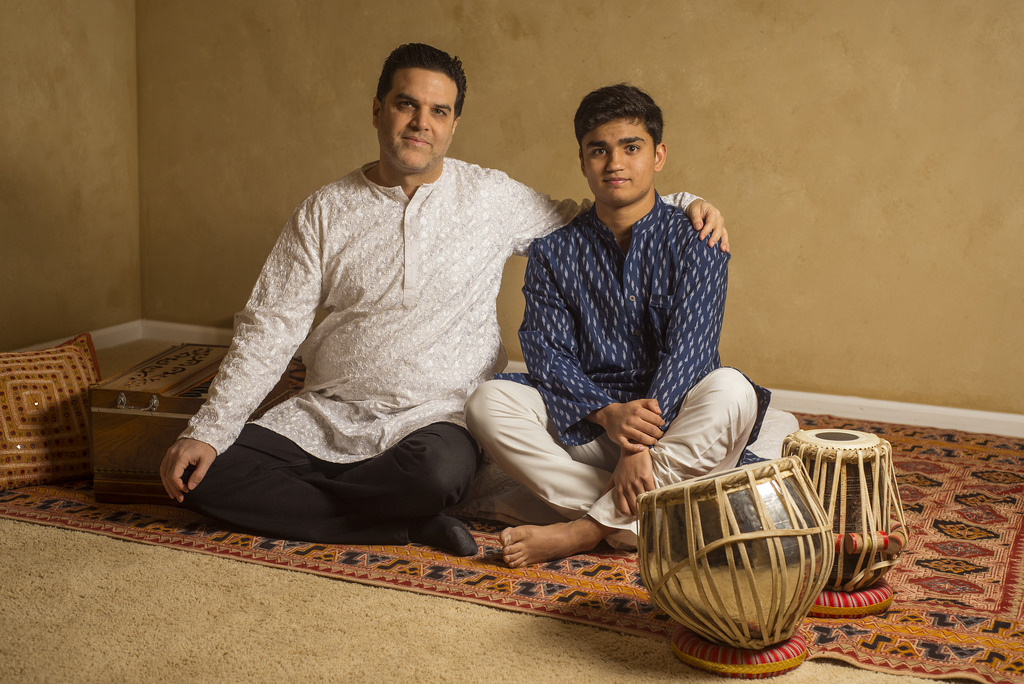 Indian classical music has evolved over the centuries, and its many diverse forms reflect the great diversity of the subcontinent of India. Hindustani classical music is traditionally practice-oriented, and learned without formal notation, through the traditional “guru-shishya” or teacher-student tradition. Khyal is a modern genre of Hindustani classical singing in North India. Khyal’s name comes from the Arabic word meaning “imagination,” as each singer adds his or her own style to each melodic line—known as a raga—to make it his or her own. Khyal is based on a repertoire of two to eight line songs, called a bandish. Every singer renders the same bandish differently, with only the text and the basic structure remaining the same. Khyal bandishes are typically composed in a variant of Urdu/Hindi (sometimes in Persian, Marathi, and Punjabi), and cover a diverse range of topics, including romantic or divine love, praise of kings or gods, and the pranks of Krishna.

Originally from Kabul, Afghanistan, Humayun Khan’s family moved to the Washington, D.C., area following the Soviet invasion of Afghanistan in 1980. He began studying Indian classical music in 1990, learning from many of the great masters both here and abroad. Humayun is known for outstanding performances as a vocalist and harmonium player, and has spent the past ten years mastering his unique style, blending Persian poetry with Indian classical ragas. Humayun has performed at such prestigious U.S. venues as the John F. Kennedy Center for the Performing Arts and the Washington National Cathedral, as well as international festivals in Morocco and beyond. Hindustani classical music plays an important role in the large South Asian community of Northern Virginia, and is present in nearly all aspects of community secular and religious gatherings. Humayun estimates that there are currently more than 2,000 students learning some form of Hindustani classical music, but feels that few of them perform at the level of his chosen apprentice, Ved Sheth.