Born out of a community’s grief over the tragic passing of Houston Caldwell, a gifted banjoist and dedicated contributor to the civic life of Galax, HoustonFest is one of the true jewels of the Virginia festival circuit. Though Houston Caldwell was only 18 years old when he passed away on April 30, 2010, his musical legacy, passion for the continued growth of southwestern Virginia’s musical heritage, and his spirit of community service lives on at this inspiring Festival. Join the Virginia Folklife Program at this event where the power of music and community service transforms lives as well as provides inspiration and avenues for regional youth to pursue their artistic endeavors preserving the musical heritage of this region.

Providing two full days of talent on four stages and featuring some of the region’s finest old time, bluegrass, country and gospel artists as well as top-drawer artists from the upper echelon of roots music, HoustonFest takes place in the relaxing atmosphere of Felts Park in Galax, site of the world-famous Galax Old Fiddlers’ Convention. In addition to amazing non-stop music on stage, the festival offers plenty of chances to enjoy workshops and exhibits that provide great context for the region’s heritage music. Camp Houston is dedicated to outstanding youth band performances, and features an instrument petting zoo. 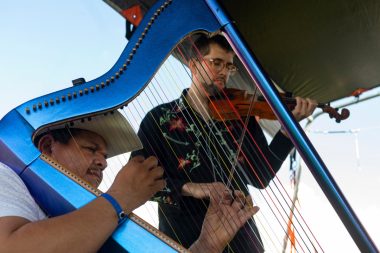