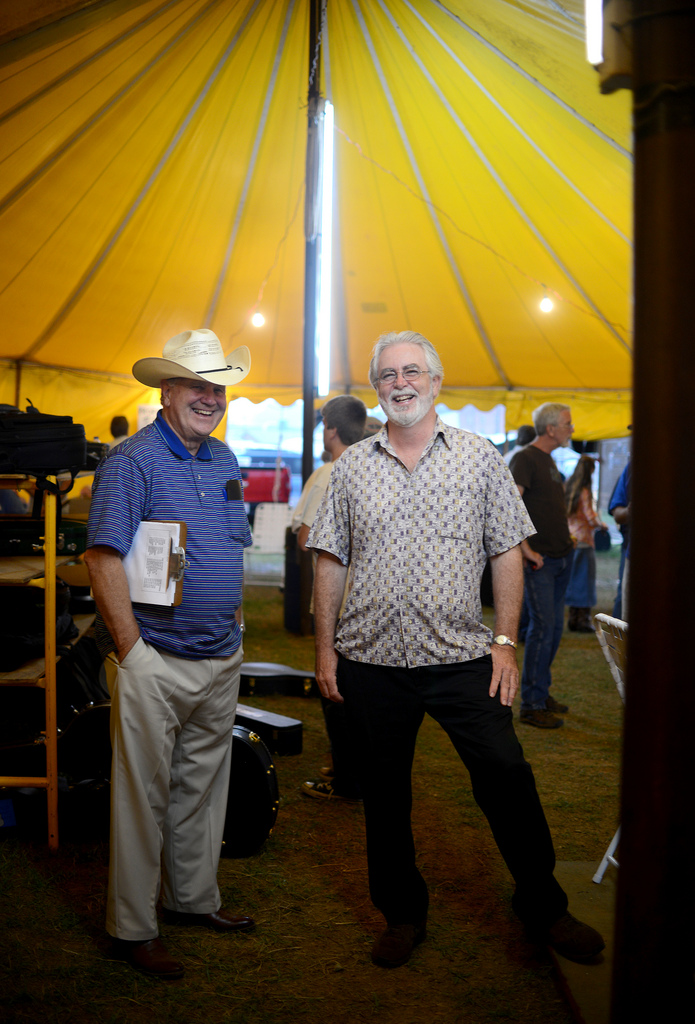 If you have attended the Galax Old Fiddler’s Convention any time in the last forty years, you will quickly recognize the familiar voice of Galax native Harold Mitchell. Always impeccably dressed, donning a white cowboy hat, Harold has served as the instrument contest emcee at Galax since 1972. Even before he began emceeing, Harold’s voice was long familiar to locals as the regular deejay at WHHV radio in neighboring Hillsville, spinning the records of Bill Monroe, Lester Flatt and Earl Scruggs, and other founding fathers of bluegrass. He has emceed countless musical performances in and around Galax, ever since introducing his first artist, the great Charlie Monroe, some fifty years ago. Harold remains the gold standard of emcees against which all others are judged. He will work with Dale Morris of Elk Creek, a fine banjo and guitar player and member of the Wolfe Brothers String Band.