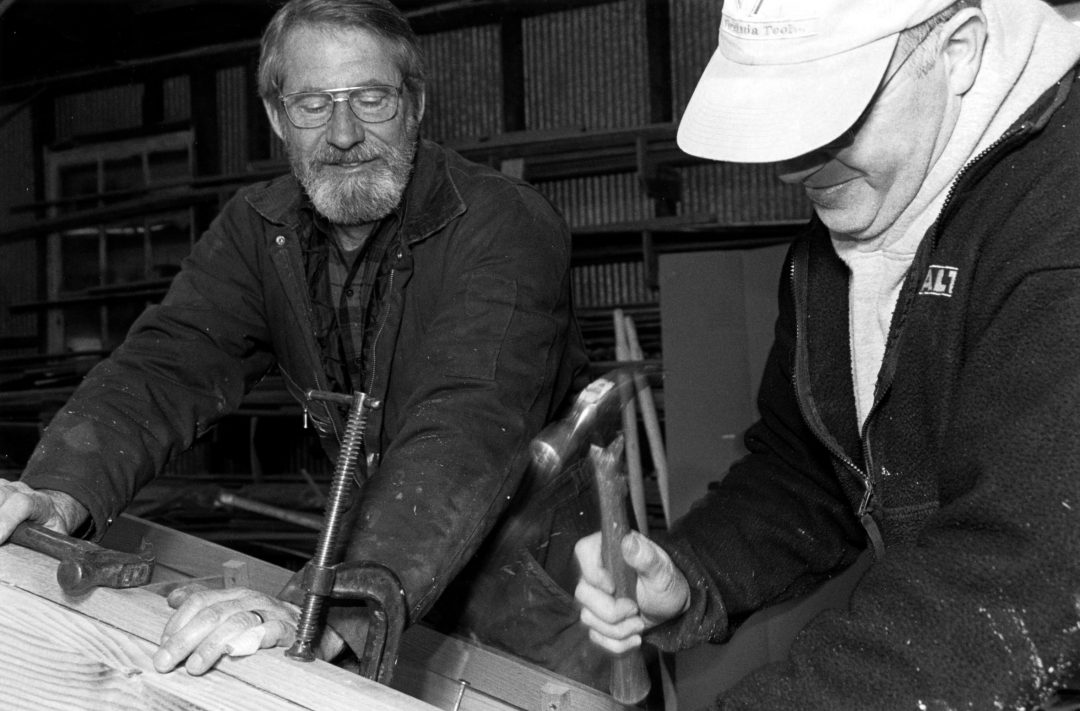 The story of Reedville, Virginia, is linked to the commercial fishing industry that developed late in the nineteenth century. From this tiny fisherman’s town located between the Potomac and Rappahannock Rivers on the Northern Neck, watermen have cast their pots and pound nets to catch fish, crabs, and oysters for hundreds of years. Reedville is still one of the most active fishing ports in America, and home to a thriving menhaden commercial fishing industry. Along with its fishing heritage, Reedville boasts a proud history of boat building, and there is no resident of Reedville more deeply steeped in this tradition than third generation boat-builder George Butler. George has spent his entire life around the Reedville Marine Railway, the boatyard established by his grandfather. Today, George runs the boatyard. George apprenticed Wanrer Rice, whose grandfather, Herbert Rice, built the last menhaden fishing vessel ever constructed in Reedville.

To be honest, I was pretty reluctant about taking on an apprentice. I really prefer to work alone, always have. I guess my main concern was that we wouldn’t work well together. But with Warner, that just wasn’t a problem. I knew him a little bit before but I got to know him much better through the apprenticeship. Building boats tends to do that.
-George Butler