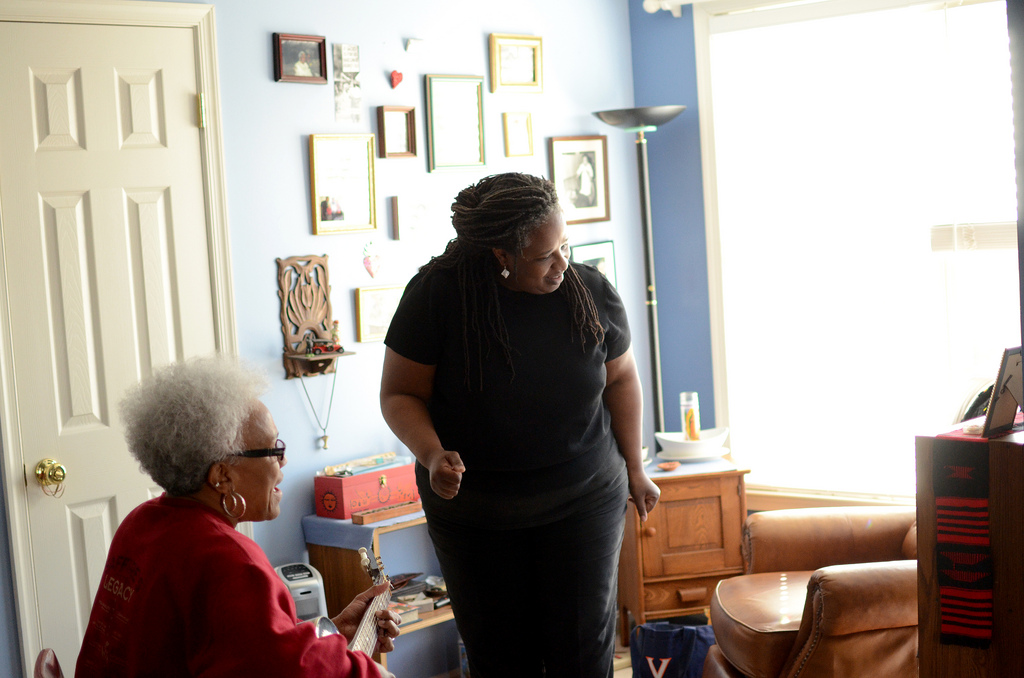 The blues is a name given to both a musical form and a genre of music that originated in African American communities of the United States toward the end of the nineteenth century. It is a deeply soulful music rooted in spirituals, jazz, work songs, field hollers, shouts, and rhymed narrative ballads. Virginia has made tremendous contributions to American blues music with such legendary artists as Ruth Brown, Pearl Bailey, John Jackson, and John Cephas, among many others. Gaye Adegbalola of Fredericksburg is one of Virginia’s, and the nation’s, master torch bearers of this musical craft. As a founding member of the award-winning all-woman blues band Saffire: The Uppity Blues Women, and in her solo career, Gaye’s singing and guitar and harmonica playing have delighted audiences across the globe. As well as being an acclaimed performer, Gaye taught in the Fredericksburg Public Schools for 18 years, where she was recognized as Virginia’s Teacher of the Year. No doubt she will put both her musical and teaching skills to great use in working with her gifted apprentice, Lorie Strother.