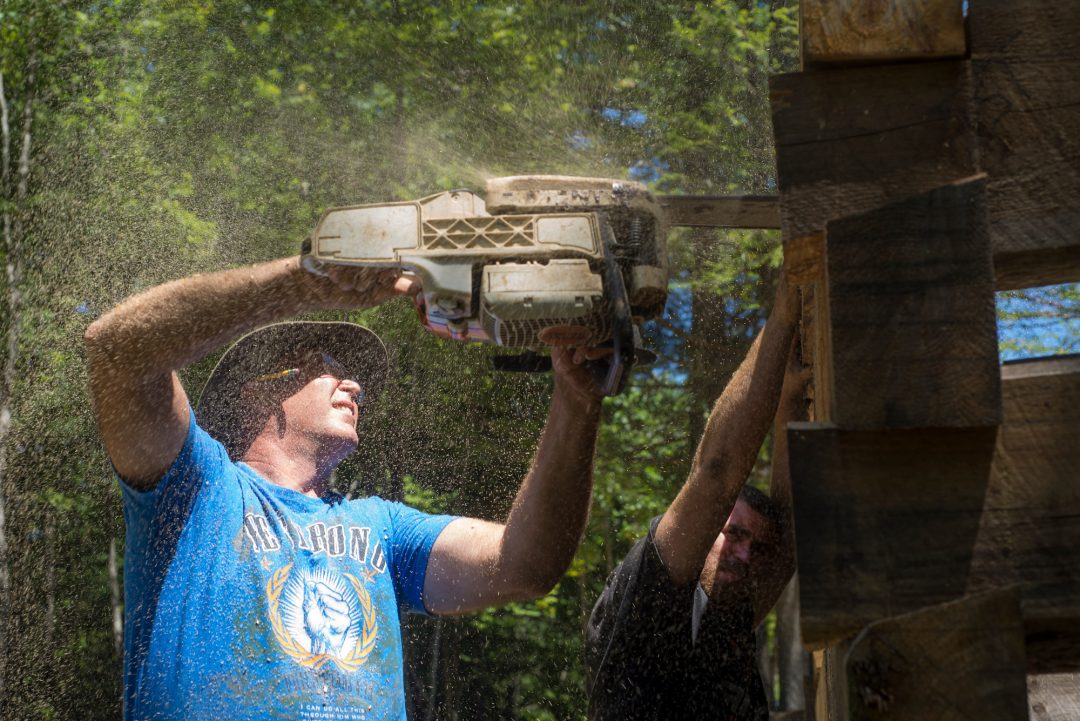 Gary Horton is apprenticing his son Tommy in the art of log smithing. Photos taken during Horton's annual Log School weekend at his home in Carroll County on 8/5/17. Pat Jarrett/The Virginia Folklife Program

Gary Horton learned traditional logsmithing and historic home restoration from the late Don Chapman, widely considered the trade’s greatest master in Southwest Virginia. During his lifetime, Don disassembled, restored, and reconstructed more than 200 homes throughout the region with remarkable historical accuracy. Together with his wife Bonnie, Don created the Chapman Log Building School, which taught many students the various aspects of this rapidly receding building craft. One of their most dedicated and talented students was Gary Horton of Hillsville, Virginia. Gary went on to work closely with Don for twenty years, until Don’s death in 2003. Since the closing of Chapmans’ Log Building School several years later, there have been fewer opportunities to learn traditional hewn-log building techniques in Southwest Virginia. Fortunately, Gary is faithfully carrying on this tradition, and has dedicated himself to passing it on to others just as Don had to him. Gary did not have to look far for an apprentice, since his son Tommy has absorbed his father’s passion for traditional log-construction, and plans to make it a life-long occupation.