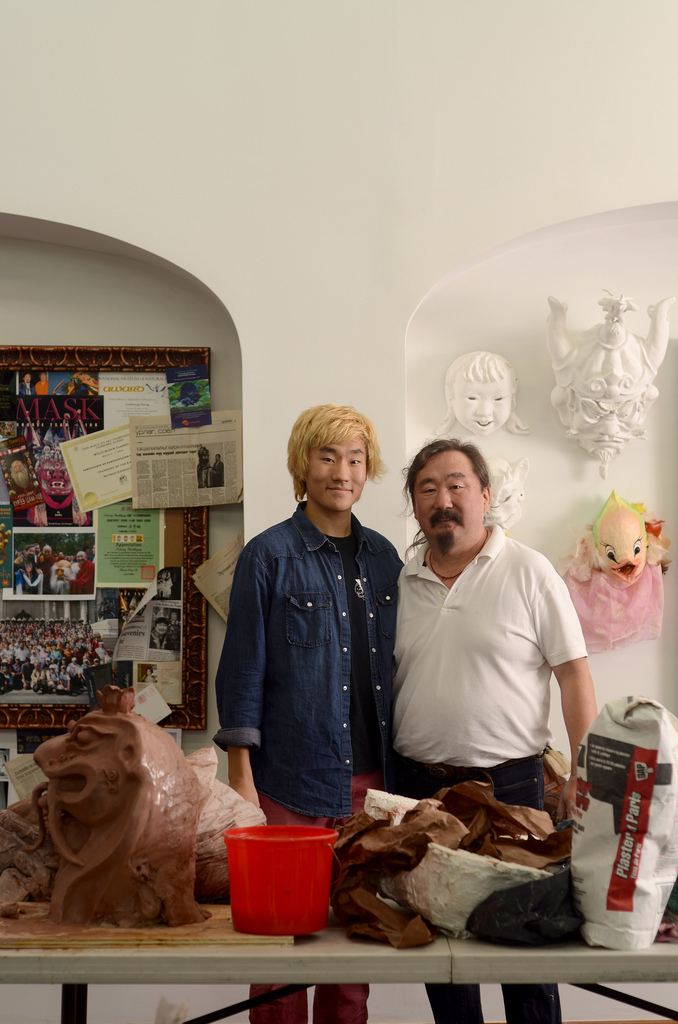 Tsam is an ancient Buddhist ritual performed by skilled dancers wearing elaborately ornamented costumes and masks. The Tsam was first introduced in Mongolia at the beginning of the eighth century when the Indian Saint Lovon Badamjunai arrived to sanctify the first Tibetan Buddhist temple. The Buddhist Tsam performance is a secret and subtle ritual whose meaning is often known only to Buddhist monks. In the 1930s, the Communist government banned the Tsam, but it has found new life with Gankhuyag Natsag, a mask maker and visual artist who was born in Ulaanbaatar, Mongolia. Early in his childhood, Natsag’s parents, famous masters of traditional Mongolian handcrafts, introduced him to the fine art of handcrafting dance masks, a critical aspect of the Tsam ritual. Ganna, as he’s known, is now a resident of Arlington, and has helped keep the Tsam tradition alive within the city’s growing Mongolian community. Ganna has chosen his son Zana as his apprentice, passing this tradition on to the next generation.