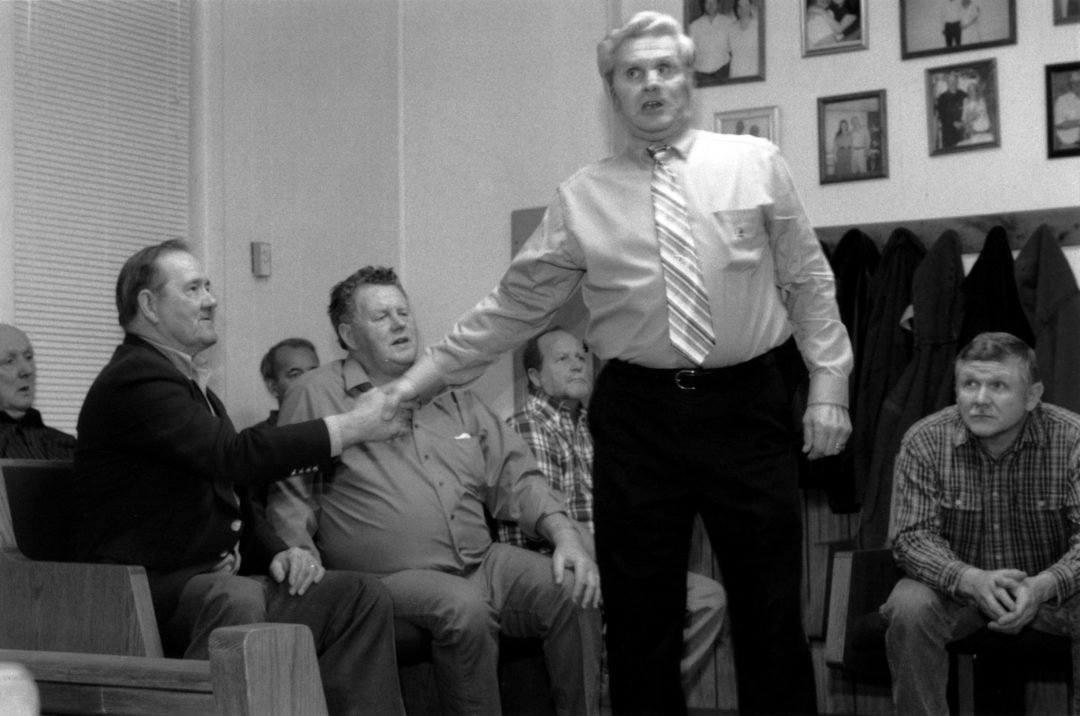 The singing of the Old Regular Baptists is one of the oldest and deepest veins of American spiritual singing traditions. This hymnody, with elaborate, lined-out, unaccompanied singing is prevalent throughout the coalfield region of central Appalachia, but is barely know outside this region. It cannot be heard on television or radio, and is largely unavailable on recordings. Elder Frank Newsome, of Little David Old Regular Baptist Church outside of Haysi, Virginia, is one of the great masters of this singing style, which he uses to inspire his small but spirited congregation every Sunday. Frequent Little David attendee Dr. Ralph Stanley has been so enamored with Newsome’s singing that he regularly invites him to sing at his annual music festival. Frank’s singing has touched the hearts of many, but for his apprenticeship he worked most closely with fellow church elder Buster Mullins.

I most of all want to thank God Almighty that He’s given me the gift that He has to sing, and if this will benefit Elder Mullins or anybody anything, if it will cause them to turn their sins unto the Good Lord, then it’s worth every bit of it. I’m not doing this for no big name or pat on the back. I’m just an old country feller. I ain’t got nothing and I ain’t looking for nothing, but I believe I’ve got a home in Heaven when I leave here.